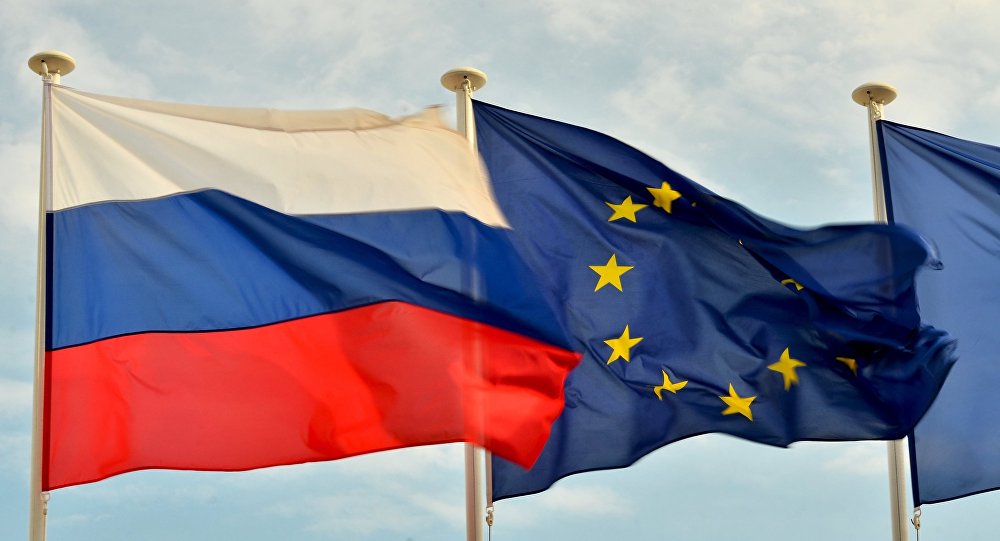 Dear citizens of the Russian Federation,

Thirty years after the break-up of the Soviet Union redrew the map of Europe, 32 years after the Central European revolutions, in those times also when your freedoms do not cease to decline, let us dream of the day when your Federation and our Union, will find the paths of an understanding and a cooperation which are so necessary for Europe and the world.

Let us dream of the day when there will no longer be any room for mistrust and fear between us, when no longer will there be any wall to replace that of the Cold War, when none of the countries that have emerged from the Soviet orbit will have to fear imperial nostalgia for Russia, when no Russian will be able to believe that the appeal of the European Union would threaten your country by bringing the Atlantic Alliance closer to your borders.

Let us dream of the day when the end of the East-West confrontation will no longer be seen by anyone as a victory or a defeat but as the possibility of new times, the beginning of a new era of democracy and prosperity on the whole continent, as promising for all of us as the first steps of the Union had been for us.

Let us dream of the day when we will be able to combine our intellectual, natural and scientific capital to affirm Europe, its culture and its civilisation, to contribute to the development and to the democracy of all our continent, and thereby of the other shores of the Mediterranean as well, in order to one day constitute this ensemble: Europe, Africa and the Middle East, which Rome had drawn up and whose outline has never been erased by any of the vicissitudes of history.

From St. Petersburg to Lisbon, from Paris and Moscow to Vilnius, Berlin or Warsaw, our middle classes and young people share the same lifestyles, the same tastes and the same thirst for freedom. All generations and all walks of life are not looking to Asia, but to that part of our common continent which, by uniting it, the European Union has enriched so much.

Europeans we are, all of us, for better or for worse, from the conversion of Vladimir to to the Gulag camps and mass terror so scrupulously documented by Memorial, from the abomination of the Molotov-Ribbentrop Pact to the first defeat inflicted to Nazism in the heroic battle of Stalingrad, Russia has always been one of the most decisive European powers.

Europeans we are from Brest to Vladivostok because Tolstoy and Dostoyevsky, Chekhov and Bulgakov, belong to our common heritage, to the pantheon of world literature where they sit alongside Shakespeare, Hugo, Dante, Kafka and Cervantes.

Europeans we are all, because you and we draw our common culture from Greek philosophy, Roman law, the Old and New Testaments, the Enlightenment and the democracy of Athens and Rome, reinvented by the British and French revolutions.

European, totally European is your history, because the most enlightened of your tsars turned to France, Germany and Italy when they wanted to open Russia to the world, because 1905, February 17 and the liberation that was the perestroika drew on the ideals of 1789 and 1848, and because your Empire was defeated in the same century, the 20th century, as the Ottoman, Austrian, French, British, Dutch  and Portuguese empires were.

Like all the other former European imperial powers, you were then divided between those who applauded the independence regained by so many different peoples and those who saw it as a historical setback that they were too hurt to concede.

This heartbreak, too, we shared. In your country as well as in ours, it has weighed on our political chessboards and our political lives. It continues to do so for you, because in Russia this turmoil is only thirty years old, but there are fewer and fewer among you, and very few under forty years of age to think that Ukraine or Georgia should be reconquered.

You too have come to see, as we have, that in trying to deprive others of freedom, you end up depriving yourself of it, and that a community of cultures, a common heritage and the permanence of economic exchange based on historical and no longer constrained complementarities are infinitely preferable to the injustice and fragility of empires.

The evidence is there.

India and Great Britain are not in conflict any more, nor are Austria and Hungary. As France is no more in conflict with the Maghreb or Indochina, and Turkey was better inspired by the ambition of an industrial Commonwealth than by its military incursions into waters and coasts that it will no longer be able to dominate.

The state of our present relations saddens us, of course. The tensions between us are numerous and deep, but one day soon, very soon, your new generations will find the way of harmony with your now independent former possessions. That day will come, we are certain of it. And it is with you, with this new self-confident and democratic Russia – serene and free because it is at peace with its closest neighbours – that we will build a continent of trade, freedoms and stability.

We say this to you because we can feel freedom trembling in your hearts, because you will resume your interrupted march towards democracy, because that day will see the birth of a new Europe, free, strong and exemplary, a Europe which we will be proud to leave to our children, because it is our common aspiration and our common destiny to which, together, we will give substance for the good of us all.

It is this message of friendship, certainty and common ambition that we address to you today, in the hope that it will contribute to our much-needed rapprochement, and precipitate it.