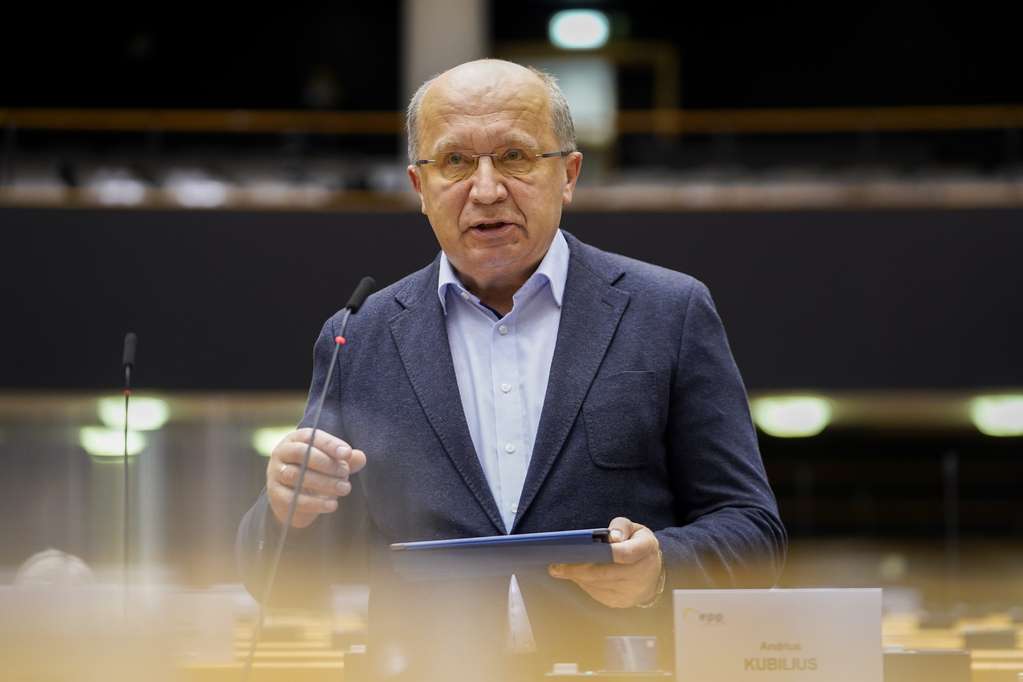 During a recent visit of Mr Borrell to Moscow, Putin gave to the EU diplomacy an important lesson, which we do appreciate. Putin’s regime send a message they do not consider the EU as a strong geopolitical player and the relations with EU as important.

The EU has to learn from that lesson. No more business as usual. Russia is at the crossroads and the EU policy on relations with Russia should go through a deep strategic revision.

The EU has to act. There are three groups of decisions and policy lines, which the EU needs to develop immediately, in the medium and the longer term.

A. Immediate conclusions and decisions

1. No more illusions about Putin’s regime

The EU has to accept that Putin will not become different. He is following Lukashenko’s experience. However, Russia can be different, and the EU can help Russian people in that transformation.

2. The EU has to impose immediately sanctions on Putin’s regime

EU needs to introduce immediate sanctions to those responsible in the Putin’s regime.

Putin’s regime has not only attempted the assassination of Navalny by a chemical nerve agent on Russian soil, but also arrested him, sentenced him to prison for staying alive, and in just two weeks detained more than 10 000 of peaceful Russians.

3. The EU immediately has to abandon the Nord Stream 2 project

This project is a redundant reminder of the ‘Putin first’ strategy in EU relations with Russia.

4. The EU has to change its paradigm of relations with Russia from ‘Putin first’ to ‘Democracy first’

There should be not five, but one principle of EU relations with Russia, which is the protection of democracy in Russia. Democracy is possible in Russia, as it is possible in Ukraine and Belarus.

The EU must globally promote democracy objective at the same level, as it does with a global fight against the climate change.

6. A New Transatlantic Alliance for the Defence of Democracy

Fight for the future of democracy should be central in the renewed EU-US transatlantic agenda. Belarus, Russia, China, Hong Kong should be the most important targets on Alliance’s agenda to defend democracies.

7. A new type of preventive sanctions against stealing and bribing of elections

In advance of Russia’s 2021 parliamentary elections to be held in autumn, the Transatlantic Alliance should come out with agreed decisions on a new type of automatic preventive sanctions on those, who are planning to steal and bribe elections. The Alliance should introduce a new type of sanctions on the flows of dirty money, on hidden treasures of the autocrats and corrupted oligarchs, who are close to autocratic regimes.

8. A launch of the Justice Hubs for the people of Belarus and Russia

The EU should seek international justice for the crimes committed by authoritarian regimes and develop its initiative of Justice Hubs, applied first of all to the people of Belarus and Russia, who are suffering from a brutality of autocratic regimes. The EU Member States should implement the principle of universal jurisdiction in order to give international justice to the victims and to punish the perpetrators.

With the recent pro-democracy developments in Belarus and Russia, EU should give a clear strategic priority for development of success of Eastern Partnership democratic countries. The belt of successful democracies located next to the borders of Russia would be the best inspiration for the Russian people to seek democracy, freedom and prosperity. The trio of EU-associated Eastern Partnership countries (Ukraine, Georgia and Moldova) should have the same EU policy framework, as do have the Western Balkan countries.

10. Strategic vision of future relations between EU and democratic Russia

In the revision of EU-Russia relations strategy, the EU should look not into the past of ‘Putin’s Russia’, but to the future of ‘Russia after Putin’, which will be free, prosperous and democratic. In this case, the EU should propose a new vision of its relations with new Russia, based on such elements as visa liberalisation, free trade, investments and strategic partnership.

Based on these 10 points, the EU can change its policy on Russia. EU policy change will help Russia to change itself and we hope no more lessons from Putin to EU diplomacy will be needed.