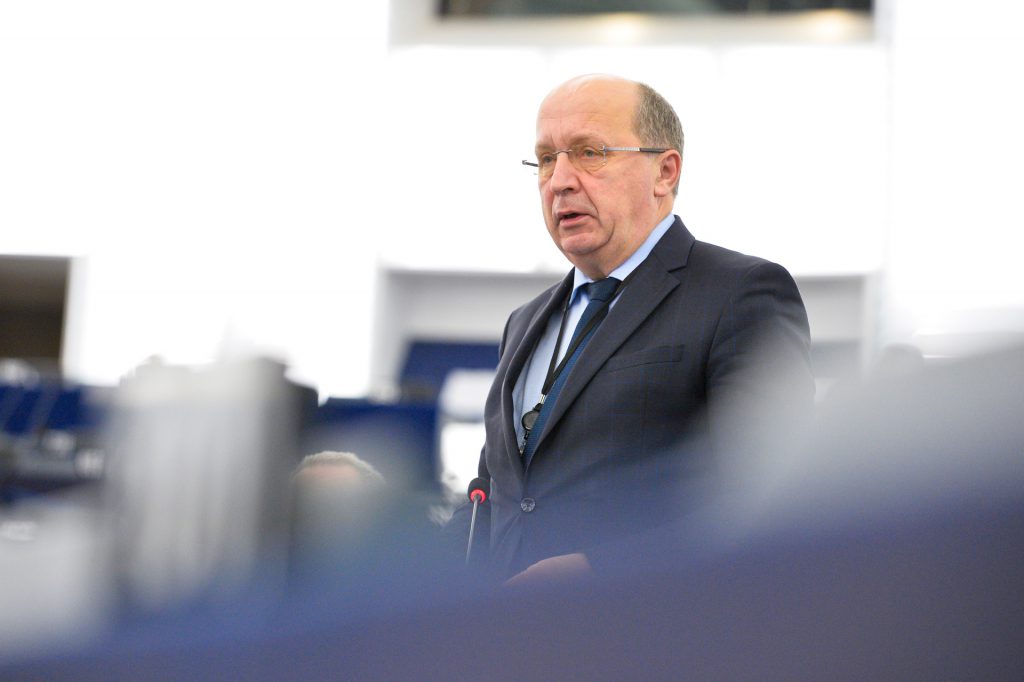 There are two lines of thinking among the politicians in the EU on relations with Russia. There have always been those who call for – maintaining, restarting, refreshing – a dialogue with the current leadership of Moscow. This line of thinking was predominant until Russia attacked Ukraine in 2014. But recently it was brought to spotlight again by President Macron, wrote Andrius Kubilius, former Prime Minister of Lithuania, and Member of the European Parliament.

Then there are those, who warn against such “dialogue” as counterproductive and outright dangerous, those who hear voices of the democratic opposition and younger generation of Russians who want a real choice in elections, who are tired of corruption and nepotism.

The main difference between these two approaches boils down to one thing – belief whether Russia can become more democratic, more European country, or is it doomed to authoritarianism forever.

Putin, with his aggressive and unpredictable behaviour, aims to convince the West that Russia even in a long term future, cannot become democratic, and the West needs to adapt to “Putin’s Russia”. President Macron recently showed that he does not believe in such transformation and he is ready to lead the West into adaptation towards “Putin Russia”.

2) a clear message of the West to the people of Russia on how the future relations between the West and Russia could look like had Russia finally returned to the path of democratic pro-European development. The West needs to change the interlocutor and the content in their dialogue with Russia. The dialogue with Putin is counterproductive and will be further regarded as a manifestation of Western weakness. Such signs provoke Putin into behaving even more aggressively.  As considers strategic issues and Russia’s future, instead of directly talking with Putin, the West must indirectly engage with a pro-European Russia of the future, which does not exist yet but may emerge after the end of Putin’s era.

The West needs a strategy that would demonstrate the potential of relations with a post-imperial and non-aggressive Russia (which is going to happen one day!)  by already presenting possible models of integration of a  democratic Russia into the Western structures. This could include a broad spectrum of promising future relations, including, among others, a visa waiver, a customs union, and a free trade agreement with the EU. Finally, this would help ordinary Russians and the Russian elite unconnected with Putin’s kleptocratic regime to understand what they are losing today because of the aggressive behaviour of the regime and what they would win with a pro-European Russia (after Putin) evolving in the long term.

All in all, this is how a Western strategy towards Russia could look like. To make it happen, the West should have more faith in Russia’s capability to transform one day and embark on the path of democratic European development. Likewise, they should trust in their potential to assist Russia on this uneasy path of transformation through a long-term strategy of support and its consistent implementation.

This is where the EU’s joint efforts should be currently focused on.