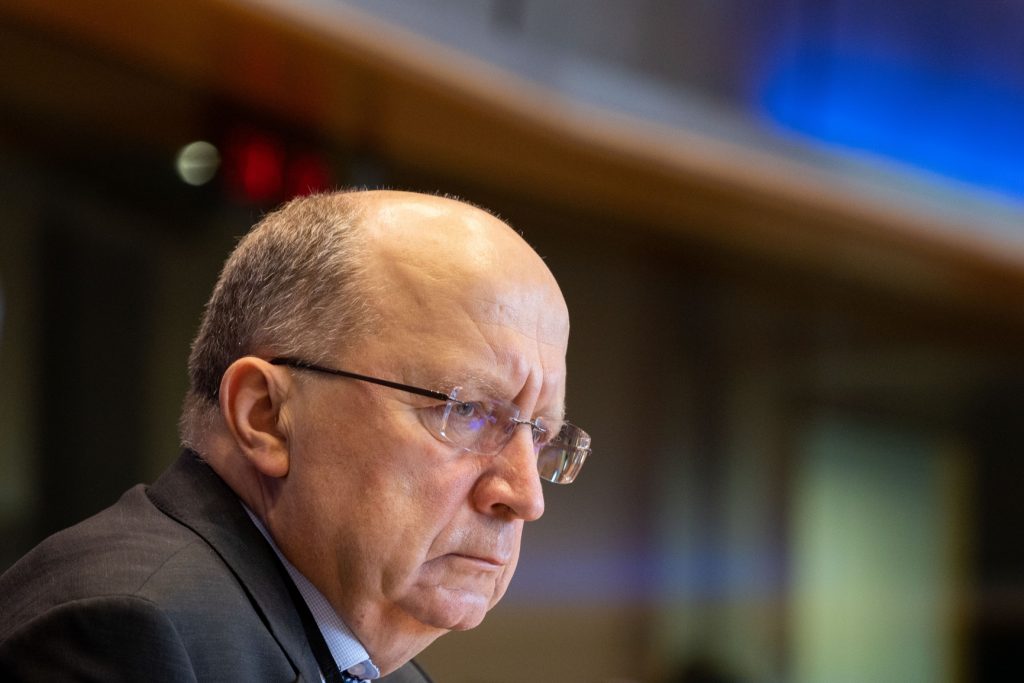 After the past few weeks’ events pertaining to Belarus, everyone is naturally left with the question, ‘what next?’ What can the West do for the Lukashenko regime to be finally stopped, and the Belarusian people have restored what Lukashenko stole from them – their free and democratic elections?

How can we finally halt a regime, which, if it is not stopped in time, will turn from authoritarian to terrorist? How are Putin’s plans to realise a “creeping” annexation of Belarus, which would be no different to the Crimean occupation, to be stopped? All these questions demand clear answers, as well as clear actions, from the West. It is good that immediately after the aircraft hijacking, the European Union demonstrated atypical resolve, unity and effectiveness, and it is also good that new sanctions packages are in the pipeline. But it is worth considering further leverage, which could help finally resolve the Belarusian crisis.

In the short-term, I see four little-discussed key measures, which are described very briefly here:

– International tribunal against Lukashenko: It is entirely evident that Lukashenko’s actions, both the terrorist aircraft hijacking and the persecution of the Belarusian people, are in line with all traits of crimes punishable by international law. It is also clear that this will one day be deliberated on at some international tribunal. I International experts are already collecting evidence and testimonies of such crimes; however, the tribunal is needed sooner rather than later because only this can halt the so-far unstoppable crimes. Western democracies must urgently consider how to establish such a tribunal without waiting for United Nations approval, or where the Kremlin will leverage its veto right to block such decisions. Such decisions by Western democracies are necessary now not only to immediately put a stop to Lukashenko’s crimes, but also so that other leaders who are inclined toward authoritarianism and brutal persecution of the opposition are preventatively warned today about what awaits them if they follow Lukashenko’s example.

– “Belarusian sanctions” on Putin: Putin remains the single ally and supporter of Lukashenko, and it is only thanks to his support does Lukashenko continue to commit his crimes against the Belarusian people. Putin makes no effort to conceal his interest in ensuring that in return for this support, the illegitimate citizen Lukashenko will cede to him the remnants of Belarusian sovereignty, allowing Putin to fully realise his illegal creeping annexation of Belarus. Putin’s actions – both his support to the terrorist A. Lukashenko regime, and the plans for creeping annexation, are a severe attempt at Belarus’ sovereignty, which belongs not to the illegitimate Lukashenko, but to Belarus’ people. The West must immediately, clearly, and loudly indicate that it is prepared to impose the strongest sanctions on Russia if the Kremlin refuses to quickly retract its support for the criminal Lukashenko regime, and if the Kremlin does not abandon its plans to realise the illegal annexation of Belarus. Putin must realise that “Belarusian sanctions” will be just as painful as the “Ukrainian sanctions” the Kremlin was met with following the Crimean and Donetsk occupations in 2014.

– J. Biden’s pressure on Putin: On June 16, a meeting is planned between President of the United States Joe Biden and Putin, and this is a good opportunity to relay a unified message from the West to Putin’s regime: hands off Belarus! Also, off Ukraine and A. Navalny! Equally, consequences (sanctions) must be clearly presented in case the Kremlin pretends that it failed to hear or understand the call to cease being an enabler of Lukashenko’s crimes. As of late, the Kremlin has understood the polite talks from the West, the diplomatic manoeuvres and attempts to perceive a soul in Putin’s eyes as a sign of Western weakness, which incites even greater aggression from the Kremlin. It is time for the West to learn to talk to the Kremlin in a firm language of principles, and the Belarusian crisis is a litmus test for the West.

The article was published in www.15min.lt