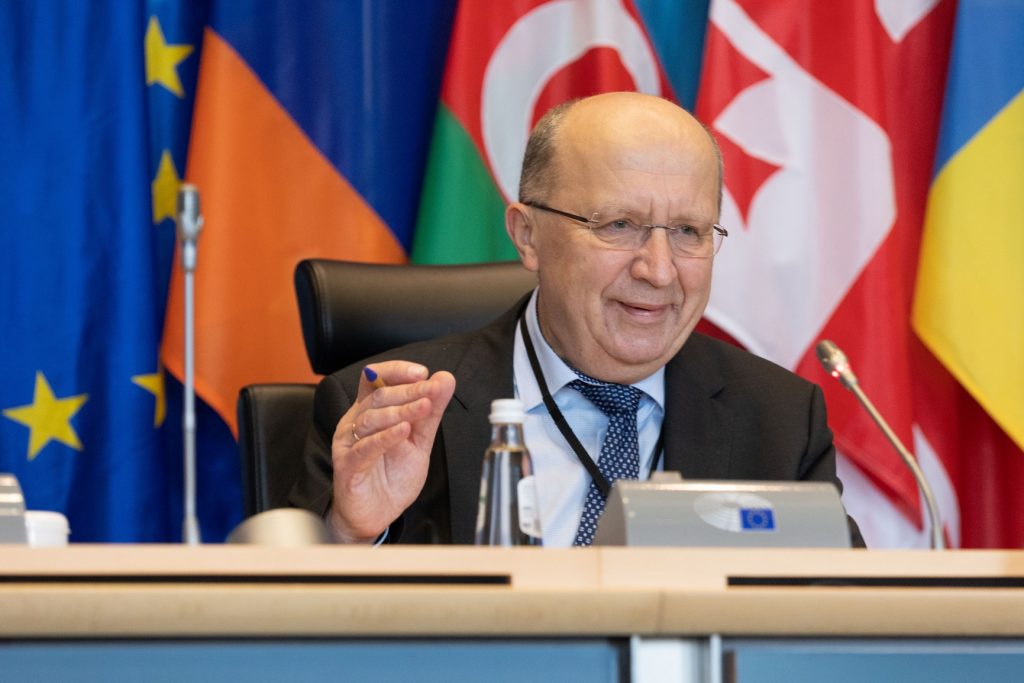 Eastern Partnership ‘Beyond Westlessness’: A New Momentum For The European Integration

With a view to forthcoming Euronest Parliamentary Assembly meetings, Andrius Kubilius and Ramūnas Stanionis publish a paper on the future of the EU Eastern Partnership policy.

This paper argues that EU is losing fast a geopolitical edge in its Eastern Partnership initiative. The EU is losing advantage and does not have many political incentives to support reforms even in the most advanced countries of the Associated Trio. This kind of westlessness, on the other side, stalls the implementation of reforms by our Eastern partner countries distancing them further from a rapprochement with the EU. In return, the both sides rather choose to pursue a business as usual policy and pay a lip service to each other. However, the EU today more than ever is able to reverse this situation and to bring back the geopolitics to the Eastern Neighbourhood.

The paper sets out the ideas how the EU can overcome the westlessness in the longer-term policy towards its Eastern partners, and especially, towards the Association Trio countries of Ukraine, Moldova and Georgia. It elaborates in detail the proposals for the EU to build a New Momentum in the Eastern Partnership initiative and to employ ‘everything but institutions’ formula suggested by Mr Romano Prodi in 2002.

The authors also propose to take into account the experience of the Berlin Process for the Western Balkans countries and to launch a similar architecture of the Association Trio Process to accelerate the European integration in the Eastern Partnership region. The establishment of an intermediate EU membership status for the EU Eastern partners will be contributing to incentivise the reform making in this process.

Finally, this paper coincides with recent statements made by European politicians and a debate that followed this discussion in Ukrainian media on whether Ukraine will not see its membership in the EU till 2040. The Authors of this paper see it as a wake-up call for a more thorough debate should the EU take its responsibility and come back geopolitically to the Eastern Partnership region.

Read the paper: Eastern Partnership ‘Beyond Westlessness’: A New Momentum For The European Integration