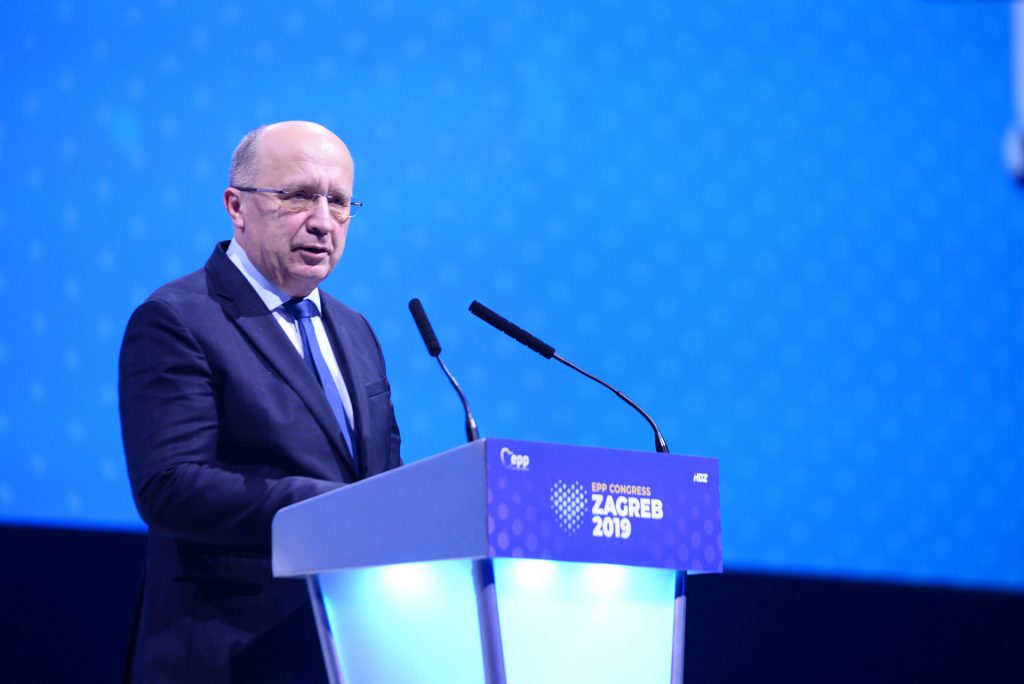 The Chair of the European Parliament’s Delegation to the EU-Moldova Parliamentary Association Committee Mr Siegfried Muresan, MEP, and

The Chair of the European Parliament’s Delegation to the Euronest Parliamentary Assembly Mr Andrius Kubilius, MEP

As the Covid-19 crisis continues to affect thousands of people and ravage the global economy, the EU remains alert to the situation in its neighbouring regions, in particular in the Eastern Partnership countries.

We have observed with great concern the recent developments in the Republic of Moldova. Despite the EU being the biggest aid supporter to Moldova, the continuous propaganda and disinformation campaigns paint a distorted and unrealistic picture. President Dodon’s constant attacks and a round of despising and denigrating messages against the EU on public television and in the media does not help the Moldovans, nor improve the EU-Moldova’s relations.

Given the continuous discrediting of the EU, it is important to set the record straight. As the Chair of the European Parliament’s EU-Moldova delegation and as Chair of the European Parliament’s delegation to the Euronest Parliamentary Assembly, it is our duty to communicate the truth about the EU’s and international partners assistance amounting up to 0.5 billion euros to the Moldovan citizens.

In this crisis, the Moldovan people and businesses need immediate relief driven by genuine intentions, not electoral planning.

The EU offered non-reimbursable funds amounting to €87 million for immediate needs. This includes emergency health response under ongoing projects that delivered protective equipment and ventilators and, for the recovery, grants to develop business activities or renovation of hospitals. The EU’s latest activities include material supply to Cahul, Ungheni, to MD Border Police and to medical institutions on both banks of the Nistru.

In this crisis, Moldova’s doctors, nurses and the healthcare sector need protective equipment and support, instead of the authorities attempts at silencing their complaints or controlling public data to distort the real numbers or the situation.

In this context, the EU in cooperation with the World Health Organisation offered the region the immediate and non-repayable amount of €30 million to provide medical material depending on their needs.

In this crisis, the Moldovan people want a recovery plan and reassurance for their future.

The EU is aware that agriculture, healthcare, SMEs, hospitality and many more sectors are in a dire situation. The EU is to provide an additional macro financial assistance (MFA) of €100 million helping Moldova to mitigate the effects of COVID-19 crisis and continue reforms necessary to sustain the economic recovery. This goes on top of the ongoing MFA of €70 million to be disbursed under the second and third instalments, before July 2020, in line with agreed reform roadmap. In this context, the IMF is also extending €220 million of emergency support to Moldova to mitigate the economic effects of the COVID-19 crisis.

The EU aid does not aim at covering the governing political purposes, but to help the Moldovans affected by the Covid-19 crisis. That is why, part of the EU aid goes directly to citizens through existing projects, not in to the government’s coffers. Like this, no president or public figure can attribute the EU’s help to himself.

The EU’s MFA aid of €70 million and an additional €100 million is offered to the Moldovan government only after it complies with strict conditionality by implementing important reforms beneficial for all Moldova. Any delay in receiving this support is the responsibility of the current authorities for not doing their homework to get the assistance to the people of Moldova. The authorities know very well the type of reforms needed to be implemented in accordance with the Memorandum of Understanding they signed with the EU.

We will not tolerate the current government’s attempt to use the EU as a scapegoat for their unpreparedness and failure to deliver for their people.

While the EU aid is diminished and omitted, it is disheartening to see how the current authorities approve a dubious loan from the Russian Federation that serves their political interests while imposing further burdens on the citizens and the country’s budget. It is more worrying to observe the enormous pressure put on the judges of the Constitutional Court to endorse the Russian loan that benefits part of the political class and impoverishes the rest of the population.

The EU’s ambition and goal has always been to put the citizens first and we will continue to do so in the future.