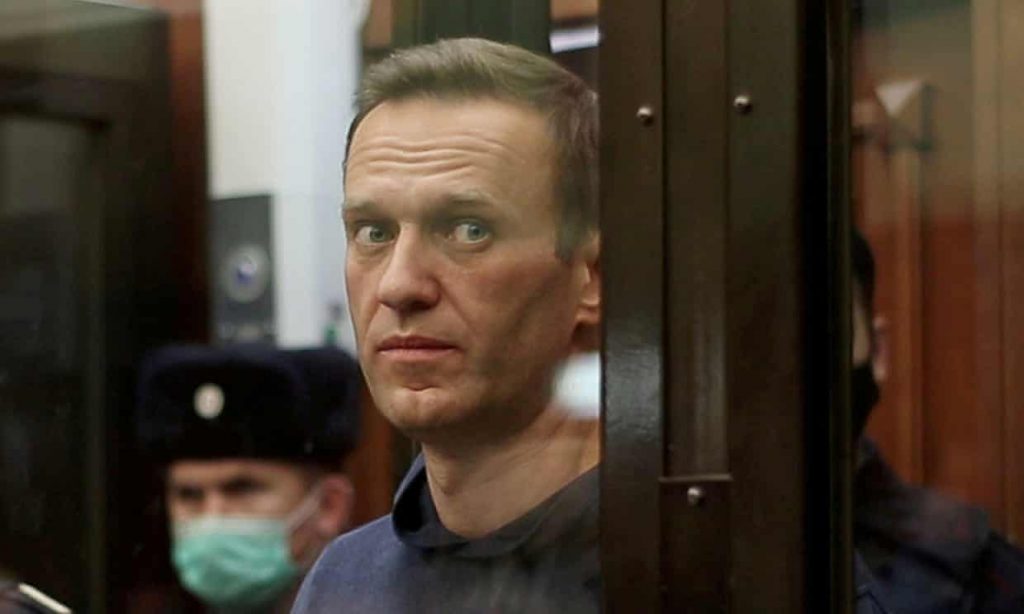 European politicians call for the release of Alexei Navalny

Against the background of the immensely tense security situation at the border with Ukraine, there is another parallel drama taking place in the Russian Federation. It concerns the health condition of the most prominent Russian oppositionist and critic of the Russian President Vladimir Putin Alexei Navalny. His medical state has over the past days dramatically deteriorated in connection with the suspicion of tuberculosis and diagnosed acute phase of hernia.

In recent months and weeks, Alexei Navalny has faced not only a poisoning attack by the nerve-paralytic substance of Novichok from the Russian regime, but also inhumane treatment from the prison guards in the town of Pokrov. As a consequence, he decided to go on a hunger strike on March 31, 2021, by which he began to protest against preventing access for doctors and the absence of health care, despite significant complications of his medical condition.

To express solidarity with Alexei Navalny, hundreds of thousands of Russian citizens and over 150 Russian public intellectuals and opinion makers publicly engaged in the campaign for his release. In addition, his medical state has recently become a subject discussion between German Chancellor Merkel, French President Macron and their Russian counterpart Putin. To support this position and appeal for the release of Alexei Navalny as the most significant figure of the Russian opposition and political prisoner number one, over eighty deputies and senators from across the EU, including the from European Parliament, has joined the cause. The call was initiated by the Czech Friends Free Russia, which is a recently established platform operating in both chambers of the Czech Parliament.

“The way Alexei Navalny is being treated is completely disgusting. The Kremlin continues to what began with an attempt to poison him. We must work together to put pressure on Russia and ensure that Navalny did not become another victim of the Russian regime,” says Czech MP Helena Langšádlová (TOP 09).

“Putin’s despotism once again proved that nothing prevents it from the physical liquidation of the opponents. When it failed to kill Navalny six months ago, now it is trying to torture him in prison by imposing inhuman conditions. We must not tolerate the aggressiveness of the Kremlin regime towards its own citizens not only from a humanistic point of view, but also for our own safety. Democratic Europe he must not close its eyes,” adds the Czech Senator from the Mayors and Independents senate club Marek Hilšer.

The call was co-sponsored and coordinated by the former Lithuanian Prime Minister and Permanent Rapporteur on Russia Andrius Kubilius, who said: “This is a signal that accross Europe we are following closely Navalny case as his health deteriorates. Navalny must be provided medical assistance and released immediately, and also all other political prisoners kept in Russian prisons. We expect the EU to send strong signal to the Kremlin regime and use every tool at its disposal to achieve Navalny’s release. The EU should also create new instruments, such as a justice hub and introduction of automacicity of sanctions to achieve robust EU reaction to persistent human rights abuses in Russia.”

European politicians and policy makers have jointly called on the Russian authorities to facilitate adequate medical treatment for Alexei Navalny and allow for his immediate release, as previously called for by the European Court of Human Rights in Strasbourg. European MEPs, deputies and senators also appealed to the EU institutions and particularly to the European Council, which should not only ask its Russian counterparts to meet their obligations, but also immediately arrange a visit of Alexei Navalny by European and other Western diplomats in a penal colony in the town of Pokrov, where, despite his poor health, he still remains.

We firmly believe that this appeal of the European legislators will be implemented, and not only Alexei Navalny, but also others political prisoners in Russia will be released immediately. Otherwise, Europe and the West should draw a clear conclusion and develop further forms of pressure on Putin’s Russia. The suffering of Russian society must finish now!