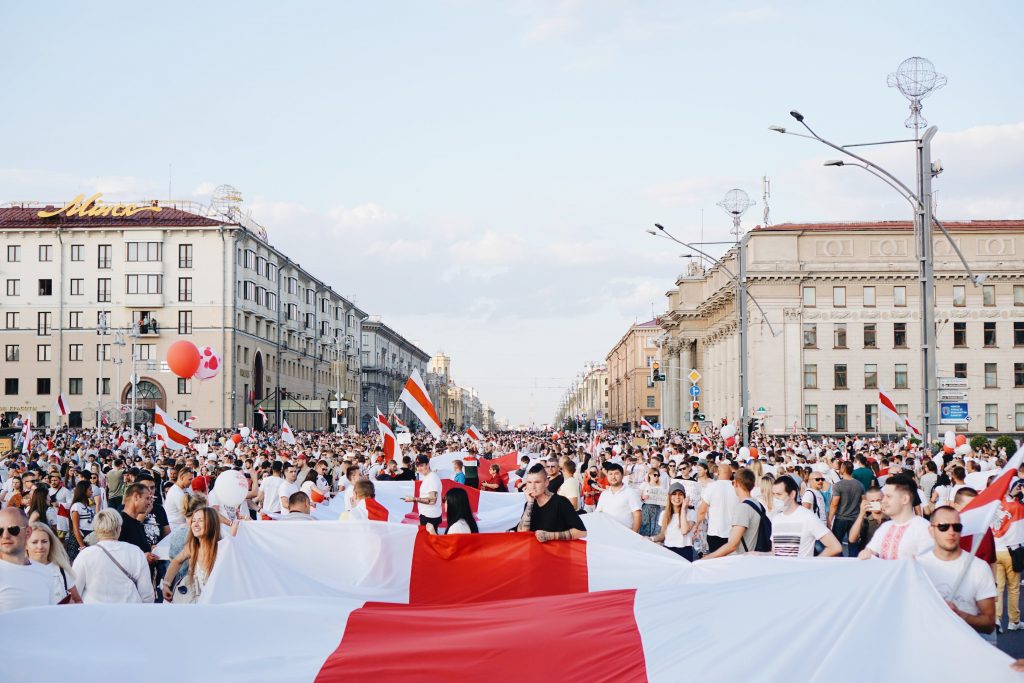 Since the fraudulent elections of 9 August 2020, the people of Belarus, gathering by hundreds of thousands in peaceful rallies all over Belarus and in exile, have been demanding freedom for Belarus. Alexander Lukashenko and his regime stole the victory of Sviatlana Tsikhanouskaya, rigged the elections and launched a brutal struggle against his own people.

The illegitimate regime of Lukashenko is practising a mere brutality by repressing tens of thousands of peaceful demonstrators, using a torture on the innocent people, which has resulted in traumas of many citizens and deaths of Alexander Taraikovsky, Alexander Vikhor, Nikita Krivtsov, Kanstantsin Shyshmakou, Hienadz Shutau, Denis Kuznetsov, Roman Bondarenko and others.

There are nearly 300 political prisoners in Belarus. Maryia Kalesnikava, Viktar Babaryka, Siarhei Tsikhanouski, Mikola Statkevich, Paval Sieviaryniec, Ihar Losik and many, many others remain in prison for their dream to see Belarus free again.

On the occasion of 25 March, the Freedom Day of Belarus, we, undersigned, stand in solidarity with Democratic Belarus and express our full support for the enormous sacrifice and courage of the people of Belarus, our closest neighbour.

We invite all parliaments in Europe, U.S., Canada and other countries to organise groups “For democratic Belarus” and keep coordinating our efforts within this framework.

We, undersigned, invite the leaders of the EU, its Member States, G7 and partner countries, as well as international organisations to take bold leadership and initiate a process for a peaceful transition of power through the new elections in Belarus. This effort made by international community should lead to ending the terror and repressions in Belarus, freeing all detainees and political prisoners, and setting a course forholding free and democratic elections in the coming months before 9 August 2021.

Andrius Kubilius, Co-Chair, on behalf of the Informal Group of Friends of Democratic Belarus in the European Parliament

Andrzej Halicki, Co-Chair, on behalf of the Informal Group of Friends of Democratic Belarus in the European Parliament

Žygimantas Pavilionis, Chair, on behalf of the Informal Group of Friends of Democratic Belarus in the Lithuanian Parliament,

Olexey Honcharenko, Chair, on behalf of the Informal Group of Friends of Democratic Belarus in the Ukrainian Parliament,

Robert Tyszkiewicz, Chair, on behalf of the Informal Group of Friends of Democraticp Belarus in the Polish Parliament