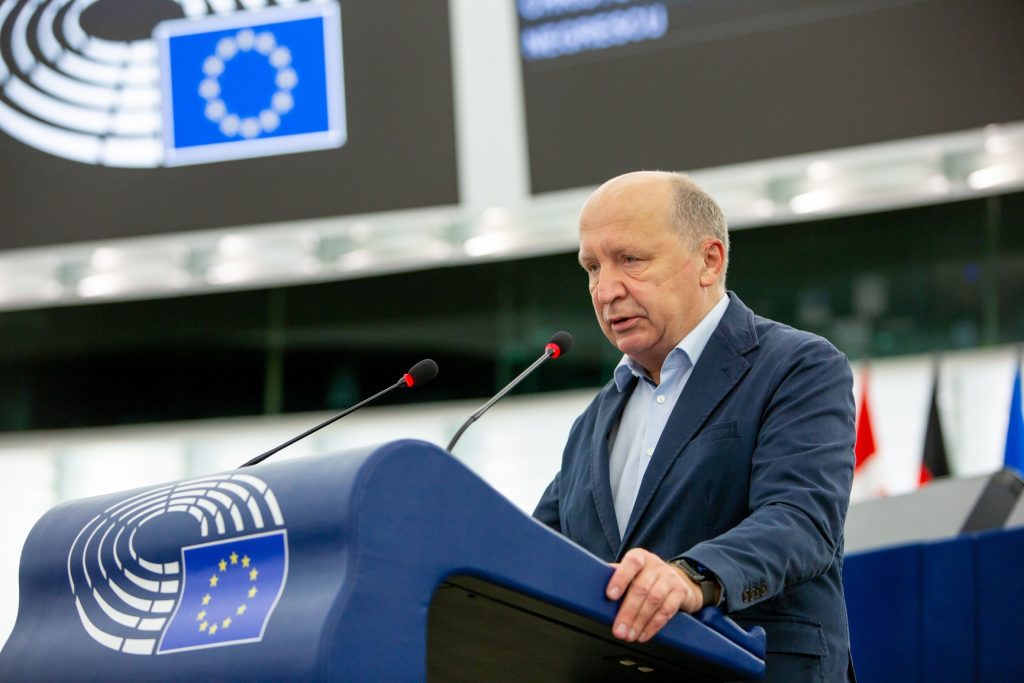 Mr Lukashenka and the President Putin are occupying Belarus

Mr Lukashenka for many years since the very beginning of his authoritarian regime has been the Kremlin’s slave and a powerless servant of the President Putin. In 2020, he had a chance to stand by a side of the Belarusian people, but ultimately chose to stand against his nation and to continue his service to the Kremlin.

As the President Putin’s puppet, Mr Lukashenka is not able to change and even resist the Kremlin’s decision to deploy 30 000 troops in Belarus. All what Mr Lukashenka could to do is to follow the orders of the Kremlin. He was not asked for a permission, but got a directive to accept the biggest Russian deployment in Belarus since the Cold War.

No matter how this deployment is called, be it an exercise or a military alliance, Mr Lukashenka will be responsible for the consequences of his military collaboration against the will of Belarusian people.

This is why Mr Lukashenko should simply pray (since he has no other instruments to influence Putin’s decisions), that Russian troops now stationed on Belarusian soil will not be part to a military invasion into Ukraine.

If in the period when Belarus has no legitimate authority, the Russian troops will invade Ukraine from Belarus or will stay in Belarus for unlimited period, it will be the factual evidence that the Kremlin has occupied Belarus and Mr Lukashenka is a traitor of Belarusian statehood, and this betrayal will be his only legacy.

The West will be responding with harsh sanctions to the occupation of Belarus, as it did in the case of Russian occupation of Crimea in 2014. This response will involve personal sanctions on the Kremlin officials, sectoral sanctions on the economy of Russia, a comprehensive non-recognition policy of annexation of Belarus and an immediate launch of the international tribunal to trial Mr Lukashenka for his crimes against the people of Belarus and the Belarusian statehood.

If the Belarusian military will support the Russian invasion, its commanders will be sharing the same bench at the Hague Tribunal next to Mr Lukashenka and Mr Putin.

However, the administration of Belarusian institutions still has a change to distance itself from Lukashenka’s war crimes and to choose a different path of working not for the dictator, but for the future of the people of Belarus and for the future of democratic Belarus.