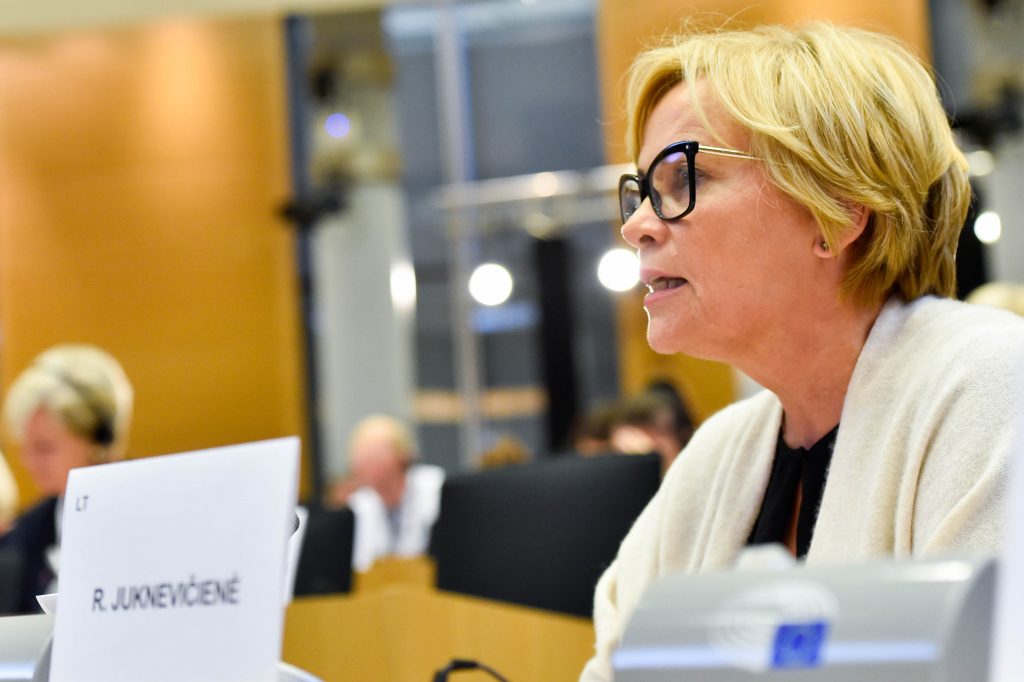 MEP Juknevičienė calls for a halt to the Nord Stream II project, which will finance Putin’s criminal regime

Member of the European Parliament Rasa Juknevičienė addressed the German Minister of Justice and Consumer Protection Christine Lambrecht at a Thursday European Parliament Committee on Civil Liberties, Justice and Home Affairs (LIBE) meeting over the poisoning of Russian opposition leader Alexei Navalny and declared that “this question must receive adequate attention from the European Union because failing to receive a clear and firm response, the Kremlin will not stop.”

“The EU must strengthen the biometric control of the Schengen visa system, create a mechanism of Magnitsky-style sanctions and begin implementing it for Kremlin criminals, halt the Nord Stream II project, which finances Putin’s criminal regime,” the MEP noted. According to R. Juknevičienė, the poisonings of Litvinenko and the Skripals, last year’s murder in a Berlin park and a poisoning case in Bulgaria – all these are not simple crimes.

“These are carefully planned terrorist acts, which were performed by the Russian intelligence agencies. There is evidence that the criminals are exploiting the EU visa issuing system’s weaknesses, receiving Schengen visas for non-existent individuals. This must stop. Our citizens could also be targeted,” the MEP stated.

This Wednesday, the German government declared that the Bundeswehr’s toxicologists, based on test results, reached the conclusion that an attempt on A. Navalny was made with a nerve paralysing chemical weapon of the Novichok group. A. Navalny is one of the most vehement critics of Russian President V. Putin. The politician is now being treated in Berlin. He felt ill during an aeroplane flight on August 20 and was immediately submitted for treatment to a hospital in Omsk, but at the demand of his family and colleagues, he was later transferred to Germany. It is suspected that the poison was placed in tea, which A. Navalny drank in Tomsk Airport. COMMENTS Aa