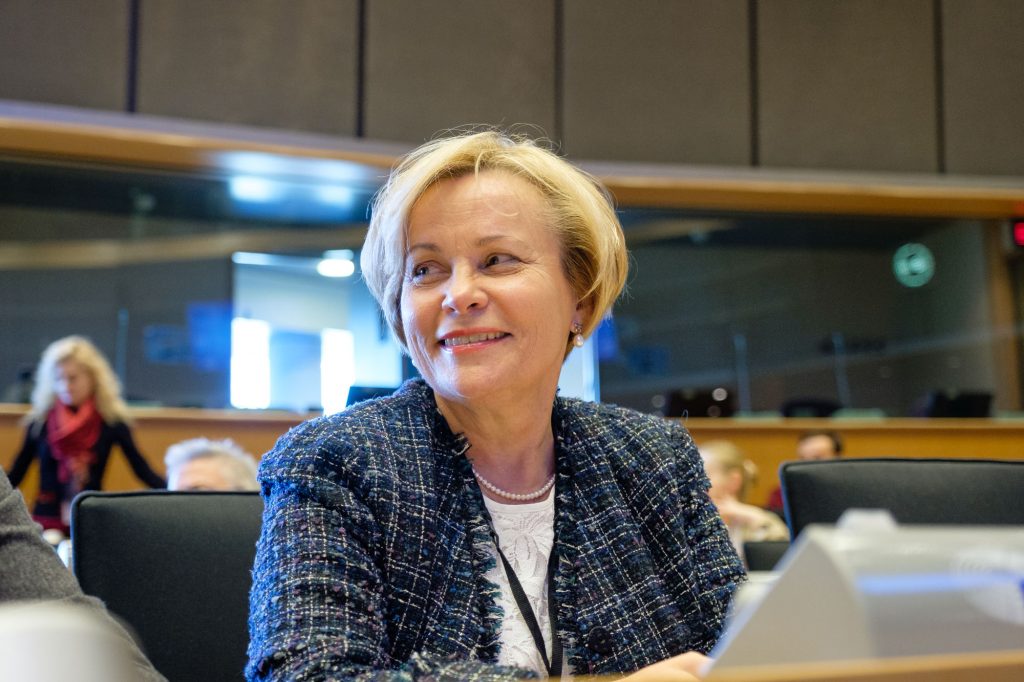 MEP Rasa Juknevičienė believes that the new EU-Africa strategy could be a new opportunity for Lithuania, which the country could make use of and benefit from. R. Juknevičienė is a member of the European Parliament’s Committee on Development, which greatly focuses on Africa. She emphasises that the EU and its member states are the largest donors to Africa, thus Europe should be more involved and act more flexibly and effectively.

The MEP said this on May 28, Africa Day, during a discussion organised together with AfriKo (Africa Research and Consulting Centre), the European Parliament Bureau and the European Commission representation in Lithuania.

“In Lithuania, we should begin changing our attitudes about what the European Union’s priorities are, and one of the priorities is Africa, with a new strategy being created for this continent, which is also of interest to us. We should also more actively involve ourselves in developmental policy at the state, business and NGO levels. We have the experience, which could be useful in not only Eastern Partnership, but also for African states to implement reforms, develop innovations, establish new connections, which could also benefit Lithuania,” R. Juknevičienė states.

She also highlights that Lithuania has so far stood aside from EU projects, whose implementation includes other countries, experienced financial structures.

“Lithuania contributes very little financially to EU development policy, thus it cannot be called a donor country. By contributing more, the country would be invited to participate in projects, thus winning not only prestige but also the opportunity to make use of vast resources. We have accumulated significant experience in implementing reform; our private sector has gained sufficient strength. Hence it is truly time to consider how to change our attitudes to EU development policy,” the MEP said.

“The Lithuanian public and private sectors have much to offer. I would like to encourage you to view Africa as an opportunity to offer new ideas,” he said. AfriKo co-founder Eugenija Kovaliova, who moderated the discussion, pointed out that currently, the European Union is drafting a comprehensive strategy for Africa. European Commission representation in Lithuania head Arnolas Pranckevičius noted that we could no longer view Africa through the prism of developmental cooperation and humanitarian aid, as a recipient country. “Today, Africa is a far more multifaceted partner to the European Union and the EU must invest a great deal into this relationship,” he said.