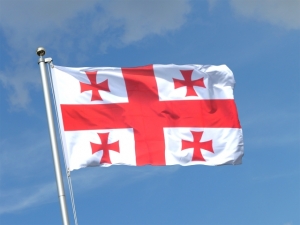 Rasa Juknevičienė, MEP, Vice-Chair of the EPP Group in the EP

14 years ago, on 7 August 2008, the Russian military invaded Georgia in blunt violation of international law. As a consequence, 20 percent of Georgia’s territory remains under Russian occupation to this date.

This was the first instance of Putin’s Russia’s unprovoked military war of aggression against a sovereign neighboring state. Unfortunately, the democratic community of the world did not provide a clear and adequate reaction to this aggressive behavior of the Kremlin. Hence, Putin’s Russia continued its bellicose policies and in 2014 it invaded Ukraine and illegally annexed Crimea, and another 8 years later it launched a full-scale war of aggression against Ukraine and the West.

On this occasion, we reaffirm our full support for Georgia’s sovereignty and territorial integrity within its internationally recognized borders. We firmly stand in support of Georgia’s Euro-Atlantic aspirations.

The lessons of the past must be learned. The democratic community must provide all necessary assistance and incentives for Georgia on its path toward EU Membership, to overcome internal political divisions, and achieve de-oligarchisation and de-polarisation.

Russia has occupied 20 percent of Georgia’s territory, but the main goal of the Kremlin is to occupy the entire geopolitical will of Georgia so that Georgia would not seek to integrate anymore into the Euro-Atlantic union.

We follow with concern actions and statements of current Georgian authorities and the Georgian Dream leaders, which appear as a conscious decision to harm Georgia’s ability to obtain candidate status in the nearest future.

The only way for Georgia to protect itself from the Kremlin’s new hybrid and other type of attacks is to do its utmost to ensure that Georgia fulfills 12 conditions laid out by the EU Council and the European Commission in the nearest future, starting with de-polarisation and ending with de-oligarchisation.

The influence of oligarchs on young democracies is a well-known phenomenon in Central and Eastern Europe. When the Georgian authorities in their various statements try to convince that Bidzina Ivanishvili is not such an oligarch, it only provides further evidence that Bidzina Ivanishvili is an oligarch having a particular influence, because the Georgia’s Prime Minister and other high-level Georgian officials and the Georgian Dream party leaders come out to his defense.

The European Parliament expects concrete steps and actions from the leaders of the Georgian Dream ruling party to fulfill the conditions approved by the EU Council, and not just childish statements blaming for all and everything the current US Ambassador or former EU Representative.

We call on all political forces and civil society of Georgia to unite efforts to achieve swift implementation of the 12 conditions. We firmly believe that Georgia can again become a front-runner of the EU integration process if working in unison for that goal.

We believe in Georgia and its people!