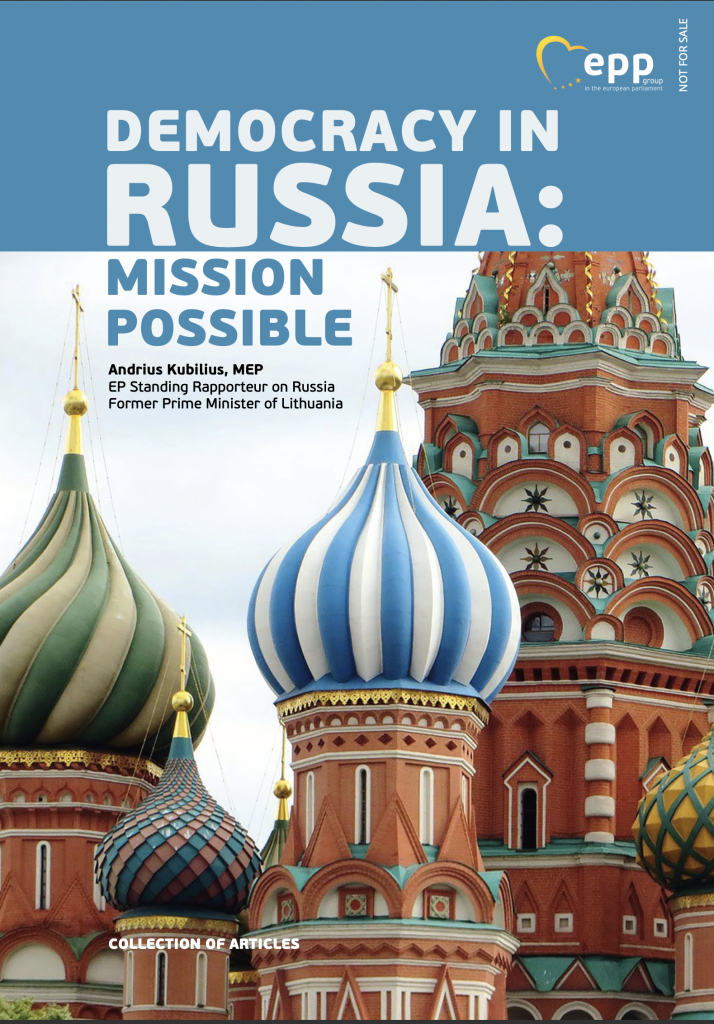 Publication by MEP A. Kubilius: “Democracy in Russia: Mission possible”

The hybrid strategy of Putin towards the West was always based on attempts to convince the Western leaders that democracy is not suitable for Russia, which supposedly is a “special case”, because it was always ruled by czars, general secretaries or authoritarian presidents.

Meanwhile in the West, there were and still are quite many of those who believe in this propaganda about Russia, and who repeat that democracy in Russia is impossible to achieve, and that the West should simply adapt to such a situation in the European continent. Such paradigm would mean that many people should abandon the dream of “Europe: whole, free and at peace”.

The recent Revolution in Belarus is one of the very important factors, convincingly demonstrating to us that it is utterly false to believe democracy is not possible in Russia. On the contrary – it is just as possible in Russia as it is in Ukraine or Belarus.

Furthermore, Russia is undergoing some well-established historical processes, that make its democratic transformation unavoidable: a) erosion of people’s loyalty towards autocratic and autarkic regime; b) erosion of post-imperial power of the Kremlin; c) the inevitable cyclic recurrence of historical waves of democratization.

You can read the publication here: Kubilius-Russia-Mission-possible-3