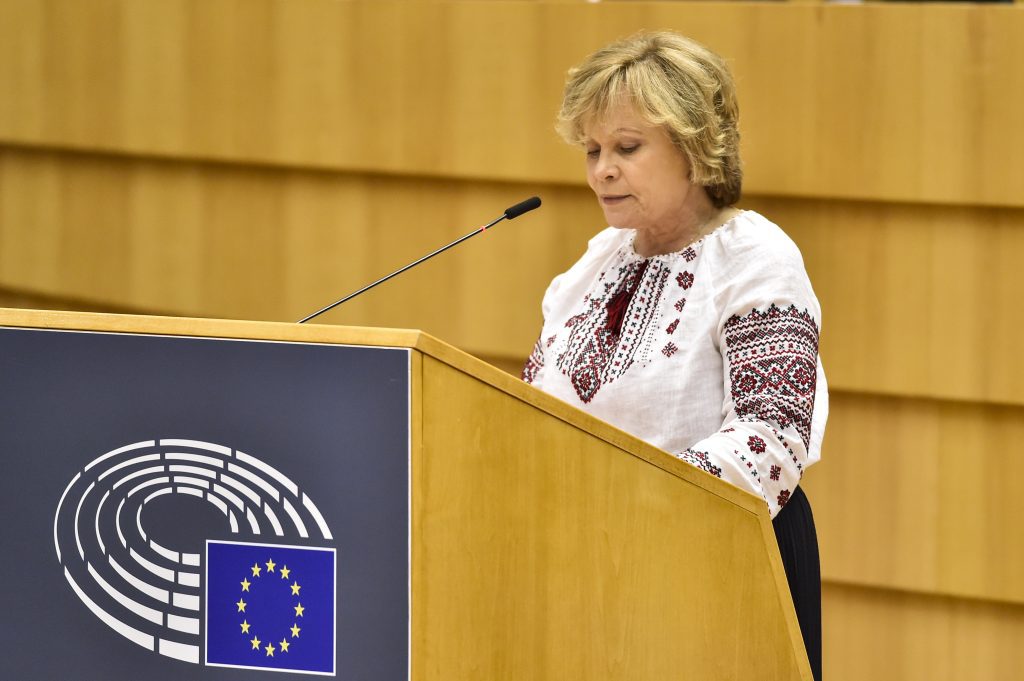 R. Juknevičienė. Putin and Lukashenko must be held accountable and tried by a special international tribunal

The fight against impunity for war crimes in Ukraine (plenary debate)

Mr President, dear colleagues, today is Ukrainian Vyshyvanka Day, so that’s why I am happy to wear a vyshyvanka today.

In 1945 Nazi Germany was defeated and their atrocities were revealed and condemned during the Nuremberg trials. The Soviet Union, from the war it started as an aggressor, ended it regarded as an ally, rewarded with new territories.

An invisible link between Soviet KGB and current Russian leadership is evident also in this community of crime. The legacy of genocide is transferred from generation to generation. The West wrongly decided to please its conscience with silence over Soviet crimes. They were allowed to call themselves the liberators of Europe, despite having committed the same horrendous crimes in the territories they occupied. The exact same narrative is repeated today in Ukraine; the same unimaginable atrocities follow.

But for these outrageous crimes, not only should soldiers be punished, but also their political leaders and military commanders of the Russian Federation, as well as their allies. Also, President Putin and his proxy Lukashenko must be held accountable and tried by a special international tribunal. We therefore call on the EU institutions, in particular the European Commission, to support the creation without any delay of such tribunal and to provide as soon as possible all necessary resources and support for the establishment of this tribunal. Don’t repeat the mistakes of yesterday.