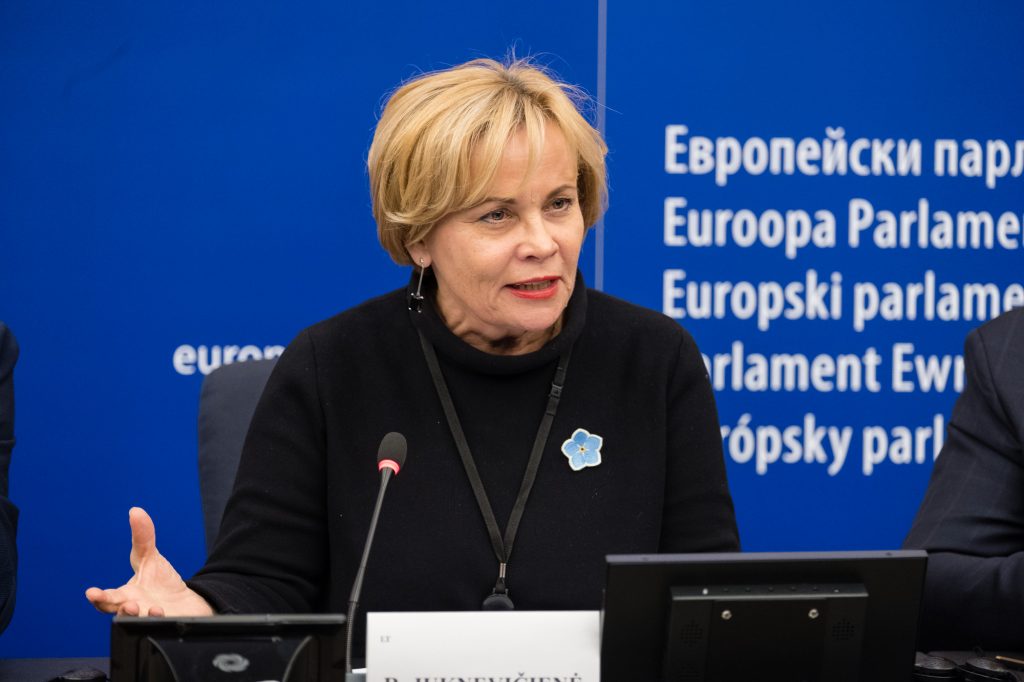 R. Juknevičienė’s address to V. Jourova, a member of EC

Thank you for being with us today.

The European Union increasingly understands the dangers of disinformation. Our values, our democracies, the European Union as a whole are attacked from China and from Russia. It is their hybrid warfare tool. The Commission’s Communication on infodemic for the first time clearly recognises both outside sources of targeted hostile measures against European societies.

The pandemic, however, simply made the infowar against the EU and Western democracies more visible – it is ongoing for a long time.

I would like to point out an important aspect of the infowar – manipulating history as a weapon, especially in the context of the Second World War.

History, as you know, plays important role in Russian information war – it features as element of disinformation campaigns, but also it is a separate strategic tool for current regime for internal consolidation, justification of crimes and wars, and attacks on EU members, as for example most recently on Poland and the Czech politicians. All neighbouring countries to Russia are targets of the Kremlin’s attacks.

European Parliament has adopted a Resolution last September condemning the crimes of both Nazi and Soviet totalitarian regimes.

But Russia has reinstated a Stalinist history interpretation in to its political life. In Russia Stalin is being heroized, the crimes committed in that period are not only whitewashed but even celebrated.

It is important to recognise this and take a unified action. Silence on the part of the democratic world will only encourage more aggression.

Would anyone imagine monuments for Hitler being erected in Germany? Surely not. In Russia for Stalin they are being built.

Soviet-communist crimes have never been condemned to the extent Nazis crimes were, that is why in Russia the Stalinism returns, reconstructed in other but no less aggressive forms.

We are being tested, how far we will let this go.

Until Russia will not come to terms to its historic legacy, as Germany did, the dividing Second World War frontlines will be alive in the European continent.

Russia’s war against EU countries must and can be stopped, if the EU will have a clear understanding that Europe’s history is not only a history of the Western Europe.

While the Second World War ended and the blood-soaked Holocaust has been terminated, big part of Europe sank into darkness of communism, millions of people continued to suffer in Stalin’s gulags. They never were freed as Auschwitz and until now not a single EU leader has laid a wreath somewhere in Norilsk or Krasnoyarsk.

We need a clear strategy, so that history would not be used as a weapon against the EU.

I call for ambitious education plan on history teaching in schools, as it is called for in the EU Resolution. I also would expect a robust EU Democracy Action Plan due in Autumn.

By the way, today it’s 80 years anniversary of the Baltic States’ occupation by the USSR.

I am happy, being a granddaughter of one of the Stalin’s gulag victims, that I can speak here freely and raise these issues important to all of us.

Let me conclude by thanking you for your important work.