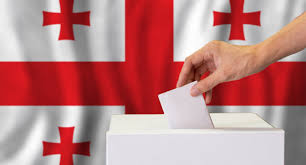 We concur with the independent international observers’ assessment that the 2 October 2021 local elections in Georgia were technically well-administered, but the environment was marred with widespread and consistent allegations of intimidation, vote-buying, pressure on candidates and voters and an unlevel playing field. We share ODIHR concerns about the polarized media landscape, the significant imbalance of resources and insufficient oversight of campaign finances, the under-representation of women in the campaign, reports of misuse of administrative resources, and pressure against journalists. In addition to imbalance in resources favouring the ruling party, especially concerning is the ongoing polarisation of political field, affecting also the society. We agree with the U.S. Embassy Statement, that there is a dangerous risk that these and other recurring elections violations are becoming accepted as inevitable. Georgian voters deserve a higher standard of integrity in their election process. The important shortcomings identified by the independent observers must be corrected before the second round of the elections to ensure free and fair electoral process.

We expect the legal case of former President M. Saakashvili will be investigated in Georgia according to the principles of European justice system. Unfortunately, we need to note with concern Prime Minister Irakli Garibashvili’s recent public threat to Mr Saakashvili on additional charges to be brought, if he does not “behave”. This shows that the case against MrSaakashvili is in fact political, which is deplorable and incompatible with the status of the EU Associated country. Itis a clear evidence that Georgian Dream leadership is yet again not able to overcome a temptation to politicize justice, which is not compatible with the rule of law principles and with European type justice principles. In any EU country such statement coming from a government official would result in his immediate resignation. Personal attacks by Prime Minister and leaders of the ruling Georgian Dream party against leaders of opposition parties and against achievements of “Rose Revolution” are simply disgusting. In mature European democracies, which are based on mutual trust and respect, onewould not see Government and ruling party leaders behaving in such way.

Maturity of democracy and European type of rule of law system are the preconditions for European integration. Georgian Dream again and again are failing to prove that they are able to fulfill those conditions.

We call on all Georgian political forces to start building bridges enabling normal democratic political dialogue, return to the pro-European reform track and focus on achieving very much needed progress in country’s development for the benefit of the Georgian people. It is important that Georgia does not waste results already achieved. On our part, we are ready to continue supporting Georgia’s Euro-Atlantic ambitions, but we stress that success on this path can come only with a joint and consistent effort of the ruling party and the opposition and all pro-European political forces working together to implement strong wish of the people to see Georgia in the EU.