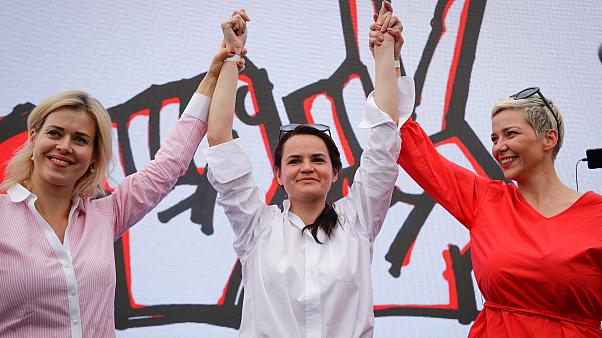 A statement by Mr Andrius KUBILIUS and Mr Ivan KRULKO, Co-Presidents of the Euronest Parliamentary Assembly

We, the Co-Presidents of the Euronest Parliamentary Assembly, deplore disproportionate violence and torture of innocent People of Belarus by Mr Lukashenko regime, as well as its brutal attempts to hold fraudulent Presidential election leading to the 9th August 2020 and subsequent events.

We call for free and transparent counting of votes and immediate release of all political prisoners. As independent exit polls and a transparent work of regional election commissions not obeying the directives of illegitimate Mr Lukashenko show, the People of Belarus have made their choice for Ms Tichanovskaja, which has to be respected by the Belarusian authorities.

During the days of 9 to 12 August 2020, more than 6000 Belarusians were detained, more than 300 hospitalised, one confirmed dead and one in critical coma condition with lethal head injury made by a firearm. Mr Lukashenko and his regime have sanctioned these criminal actions, pogroms by OMON of innocent people throughout all Belarus, which are taking place up until now.

We call upon international investigation into the crimes committed by law enforcement authorities of Mr Lukashenko regime in Belarus against peaceful protesters demanding transparent, free and fair Presidential elections and immediate release of all political prisoners in Belarus.

We urge the EU Council to hold an extraordinary meeting to discuss the next steps of protecting the choice of the People of Belarus for Presidential election of Ms Tichanovskaja and to start developing the targeted sanctions against Mr Lukashenko and his regime, which were responsible for falsifying the elections and repressions of innocent people protesting against this injustice.

We call upon all international organisations responsible for the protection of human rights, such as UN Human Rights Council, OSCE, the International Criminal Court, to start their investigations into these crimes committed by Mr Lukashenko regime against the People in Belarus during a period of electoral process before and after 9 August 2020.