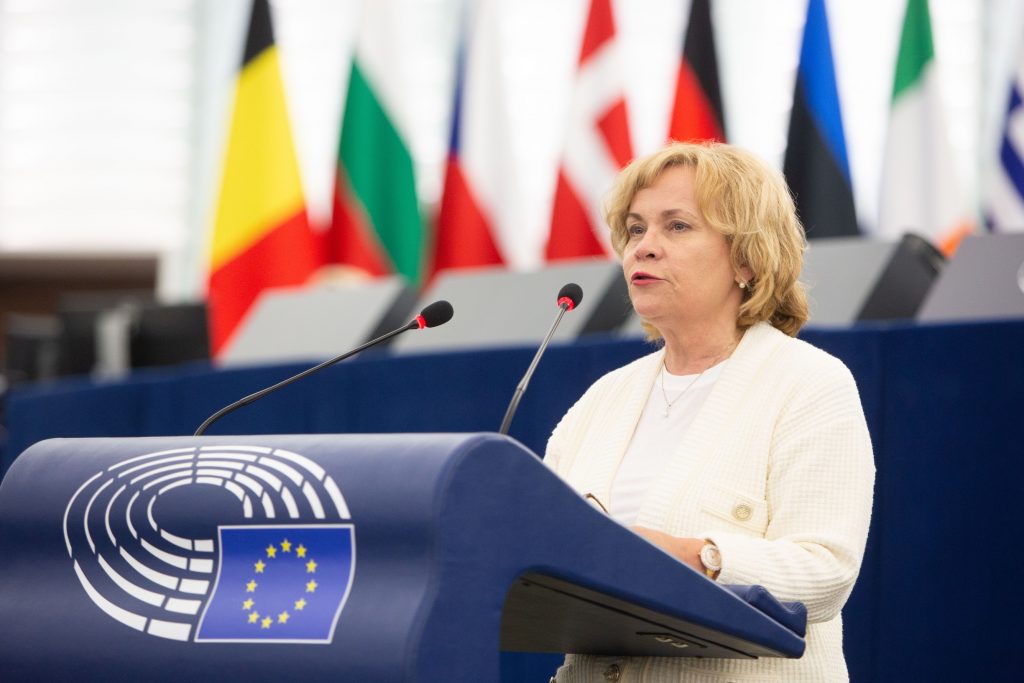 At the initiative of the European Parliament member Rasa Juknevičienė the commemoration of mass Soviet deportations from Central and Eastern Europe will take place on 15 th June,3:00-7:00 p.m.,in Brussels (Solidarity square by the European Parliament). The event will take place on the occasion of the 80 th anniversary of the start of Soviet deportations in the Baltics.

During the commemoration the names of those forcibly deported by the Soviet regime from Lithuania, Latvia, Estonia, Poland, Ukraine and Moldova will be read for the first time.

The President of the European Parliament David Sassoli, Members of EP, representatives from the embassies and diaspora communities of the countries will participate in the event.

All those, who have registered will be able to participate and read the names of deportees (registration form: http://bit.ly/CommemorationEvent).

“The wave of mass deportations which started on 14th June, 1941 was a hugetragedy for a lot of families, that lived in Soviet occupied states – Lithuania, Latvia, Estonia, Ukraine, Poland, Moldova, Romania and Belarus. Therefore, on the occasion of the 80thanniversary of mass deportations, I invite to remember and commemorate all those who did not survive deportations, as well as those who survived in horrible conditions and returned to their home states. The crimes of communism – deportations and gulags are also a part of EU history. It has to be evaluated and told to all – in the South, North and East of Europe. The crimes that are not evaluated and untold give birth to totalitarianisms of today. We witness XXI century Stalinist-type regime right at the EU border”, – MEP Rasa Juknevičienė, the initiator of the commemoration says.

On 14 June 1941, the first wave of mass deportation swept across Soviet-occupied Baltic states, resulting in forced mass relocation of tens of thousands of people to the far corners of USSR.

The commemoration of the 80th anniversary of mass Soviet deportations is organized by the informal European Parliament group on European Remembrance, Platform of European Memory and Conscience, Lithuanian Embassy in Belgium and Permanent Representation of Lithuania to EU together with the Latvian, Estonian, Polish, Ukrainian and Moldovan embassies and local communities in Brussels.