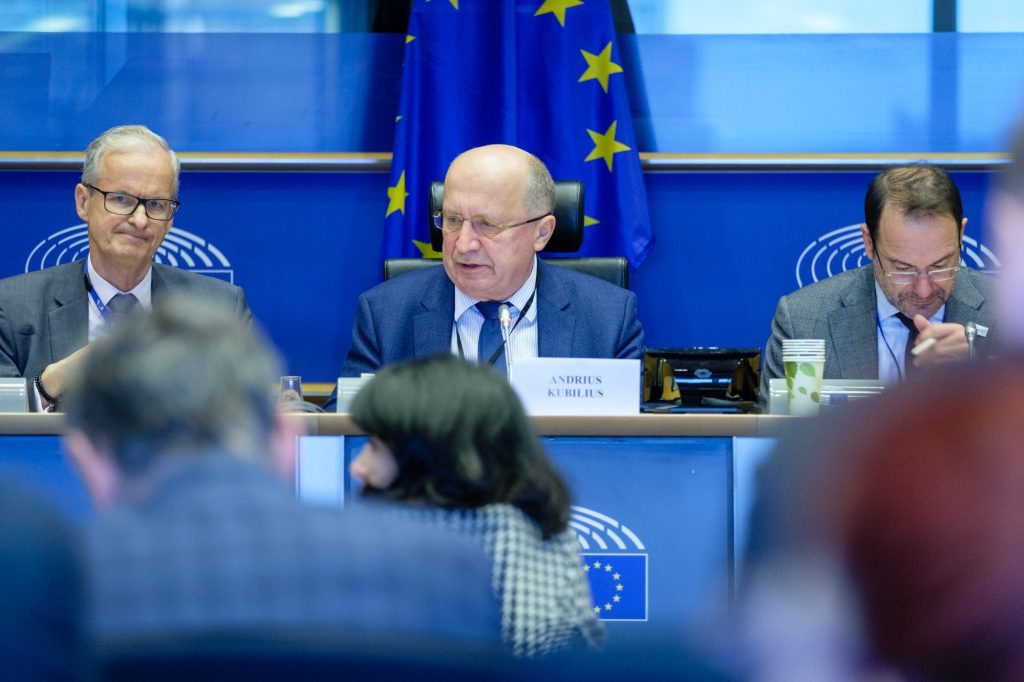 Time to act for the EU: five point plan for democratic Belarus

Since the fraudulent presidential election of the 9th of August 2020, the Belarusian people over nearly four months are in the midst of their fight for freedom and democracy. The political situation in Belarus, a country, which is in the heart of Europe, is deplorable and reminds us the horrors of 1937-1944. The only difference is that Belarus today is under the occupation by the Lukashenko regime, which is systemically using torture, violence and a wild-scale terror against Belarusian citizens.

The fight for democracy in Belarus is real. It is in the courtyards and streets, widespread all over Belarus. This is a Democratic Belarus Revolution. Revolution of dignity and consciousness. This Revolution has its heroes, which are the people of Belarus, and one enemy, a tyrannical Lukashenko regime, which has plunged itself in the massive repressions all over the country. Just over three months, Belarus have overpassed a number of 30 000 people imprisoned, which is constantly increasing, peaking to over 1000 people per day. These detentions are followed by the reports of torture, rape and kidnappings. At least, ten persons of the peaceful protests – Raman Bandarenka, Alexander Taraikovsky, Gennadiyd Shutov, Alexander Vikhor, Mikita Kryutsou, Denis Kuznetsov, Stanislav Chur, Alexei Demidov, Alexander Budnitsky, Konstantin Shishmakov – have been found dead since 9th of August 2020.

Up until now, the response of the EU to the legitimate demands of Democratic Belarus is clearly not sufficient. The inaction of EU and its institutions undermines the credibility of the western community to defend democracy in the heart of Europe. The EU yet has to realise that its policy on Belarus is a geopolitical litmus test for the future of democracy in the whole European continent. The failure to effectively support the changes in Belarus will only bring even wider negative implications and will work hand in hand for Putin’s regime, which is repeating Lukashenko’s experience by systemically targeting and oppressing the opposition in Russia.

Yet, it is not too late for the international community and the EU to come into the play and to liberate Belarus from the occupation. The EU can develop a comprehensive and ambitious plan to support and rebuild the institutions of Democratic Belarus.

The EU has many policy instruments as its disposal, which can and must be deployed immediately to stop the repressions in Belarus and to start a peaceful transition of power.

Action One: International Compact for Democracy At the international level, the EU can use the opportunity to boost its cooperation with the world leaders, including with the US President-elect, to defend democracy globally. The Summit for Democracy, as a new international compact, could be an opportunity for the international partners to renew commitments on defending human rights and standing against dictatorships. This is, especially, important in the eastern part of the European continent, where the people are courageously demanding changes and a genuine transformation towards democracy.

Action Two: Fully fledged policy dialogue with representatives of Democratic Belarus At the EU and national level, the determination of the European Parliament is another opportunity for the EU to act. The Parliament is ready to engage and urgently organise a fact-finding mission of MEPs to meet with Ms Sviatlana Tsikhanouskaya in Vilnius and with representatives from the Coordination Council in Warsaw, to structure the demands of Democratic Belarus. This would help the European Parliament to prepare for the launching of the High-Level mission to engage with the Government of Belarus, leaders of Russia, the United States, and, most importantly, with leaders of the EU and its Member States, to work together to stop repressions of the Belarusian people, to free political prisoners and to prepare for the new elections. The EU has yet not fully used the potential of its democracy support toolbox available for the mediation needs, capacity building and electoral support for a peaceful transition of power in Belarus.

Action Three: International Tribunal of the crimes committed by Lukashenko regime The EU should be much more active in contributing, without delay, to the international investigation of the crimes of Lukashenko regime and assist the establishment of International Tribunal for this purpose. In particular, the EU can support the establishment of the evidence collection centre and the EU taskforce or panel of the international law experts to assist the international investigation of cases (Belarus Justice Hub). The European Parliament is holding hearings and meetings of its committees, working groups and delegations, but this is not enough. We need a leadership of this process internationally and nationally, for example, to coordinate domestic proceedings of applying the universal jurisdiction in the cases against torture. The instruments provided under the European Network for investigation and prosecution of genocide, crimes against humanity and war crimes (Eurojust) initiative should be also used more actively. The EU must be actively supporting and contributing to the international investigation in cooperation with the UN Human Rights Council, the UN High Commissioner for Human Rights, the OSCE Moscow mechanism, Belarus Justice Hub, the UN Convention against Torture, to name a few organisations and initiatives among many widely recognised international instruments of justice.

Action Five: Going operational with Democratic Belarus Representation Office (DBRO) The EU, in cooperation with the European Parliament, should act together with Ms Sviatlana Tsikhanouskaya and the Coordination Council to establish without delay in Brussels the Democratic Belarus Representation Office (DBRO), which would coordinate at the EU level the dialogue mediation, policy advocacy and strategic communication needs. The European Parliament, in cooperation with EU institutions and partners, could be ready to support DBRO with democracy support, EU thematic and international support programmes. The DBRO should be given full credentials to work with the EU institutions in order to promote the interests of Democratic Belarus.

At the operational level, the EU must act quickly with the provision of EU financial support to victims of repressions, independent media, workers and their families participating in the national strike throughout Belarus. The EU can assist in organising workshops with European trade unions, facilitating the exchange of experience with colleagues from other countries having similar repressive circumstances, for example of Polish Solidarnosc and a role played there by the trade unions.

The EU institutions must work intensively in the preparation of the EU-led mediation roadmap with international leaders and to elaborate without delay the EU non-recognition policy of Lukashenko regime (as is the case with EU policy on Crimean occupation). The EU must act quickly to engage with representatives of Democratic Belarus institutions via the policy instruments of a political dialogue. The EU can do more in providing targeted sectoral economic sanctions, banning Lukashenko’s Belarus from international sport and culture events, as well as establishing a comprehensive list of Lukashenko regime mercenaries who would be subject to a wide spectrum of sanctions and, in particular, to a wide-scale EU visa ban, forbidding the entry to the EU for everyone who participated in the repressions of Belarusian people.

Finally, the EU can be more active in area of public diplomacy. It can initiate public awareness campaigns and international events, such as the meetings with international trade unions, student, media and human rights organisations. It can organise, for example, Free Belarus Forum in cooperation with the World Belarus Congress, as well as thematic events, such as Students Forum, Free Media Forum, Trade Unions Forum and Human Rights Forum to express our unwavering support to Belarus.