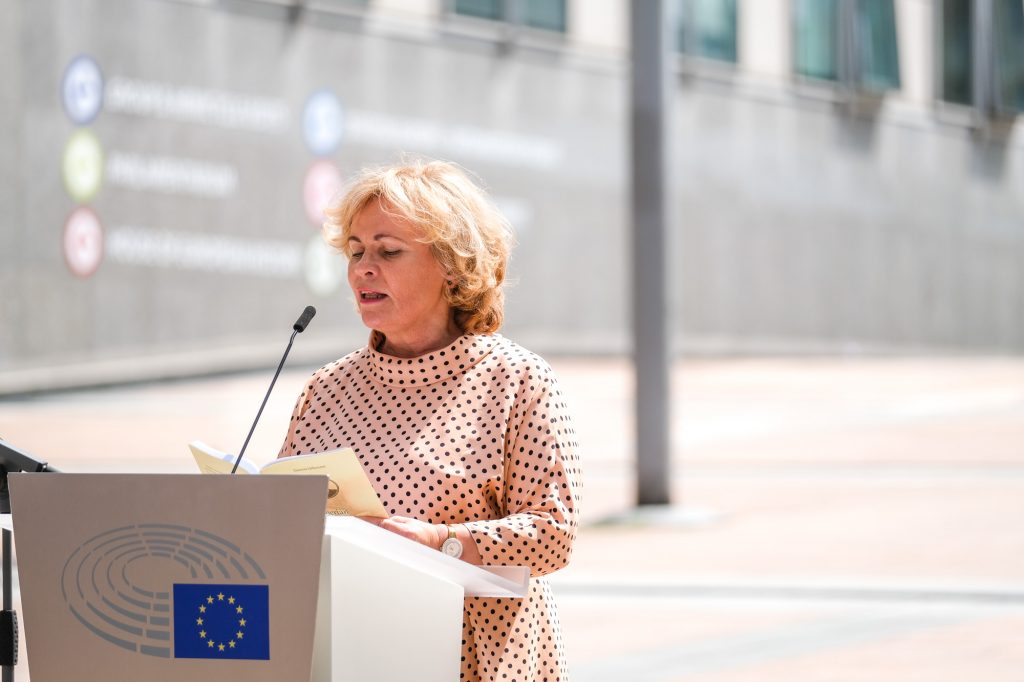 At the initiative of the European Parliament member Rasa Juknevičienė the commemoration of mass Soviet deportations from Central and Eastern Europe took place on 15 th June in Brussels (Solidarity square by the European Parliament). The event was organized on the occasion of the 80 th anniversary of the start of Soviet deportations in the Baltics.

During the commemoration the names of those forcibly deported by the Soviet regime from Lithuania, Latvia, Estonia, Poland, Ukraine, Moldova and Belarus were read for the first time.

The President of the European Parliament David Sassoli, Members of EP, representatives from the embassies and diaspora communities of the countries participated in the event.

On 14 June 1941, the first wave of mass deportation swept across Soviet-occupied Baltic states, resulting in forced mass relocation of tens of thousands of people to the far corners of USSR.

The commemoration of the 80th anniversary of mass Soviet deportations was organized by the informal European Parliament group on European Remembrance, Platform of European Memory and Conscience, Lithuanian Embassy in Belgium and Permanent Representation of Lithuania to EU together with the Latvian, Estonian, Polish, Ukrainian and Moldovan embassies and local communities in Brussels.