I was born on 19 May 1954 in Kaunas, which was not just my own birthplace but also the hometown for several generations in my family. My grandfather, Professor Pranas Mažylis (1885–1966) started working in Kaunas in 1920: he was the pioneer of obstetrics and gynaecology in Lithuania who helped many people to enter this world, was one of the first ones in the country to start using blood transfusions, and possibly the first one to offer radium-based cancer treatment at the Red Cross Hospital. The hospital he built in Kaunas still has a maternity ward named after him. My father Jonas Mažylis was born in Kaunas, while mother Julijona Mažylienė came to the city during the early years of her life. My parents were lecturers: mother taught at the Polytechnic Institute, while father worked at the Medical Institute.

In 1972, I graduated from the 5th Secondary School of Kaunas. My first passion in childhood was music: I entered the music school as a first grader. I took an interest in chemistry in the seventh grade, thanks to a very active, sincere, and creative teacher. From then on, I spent decades studying and conducting research in the field.

In 1977, I completed my studies of organic chemistry at Vilnius University. Afterwards, I returned to work in Kaunas.

This year was also very important to me in terms of personal life.

In 1977–1990, while I was working at the Cardiology Institute, I published 15 articles in peer-reviewed scientific periodicals on the synthesis and study of the heterocyclic compounds known as indoles. I also searched actively for new biologically active compounds of this class. I have authored or co-authored 6 inventions, in addition to successfully defending a dissertation, “Synthesis and Characteristics of Indolin-2-one and Benzindoline-2-one 3 Derivatives”.

In 1990, I got involved with Sąjūdis and its activities. I became a member of Kaunas City Council. This proved to be the turning point in my life and career. All of my scientific activities had to be put aside. Ending my career as a chemist was a conscious choice, but there was also simply no time for it anymore. I joined the Kaunas City Council as a candidate of the Sąjūdis. In 1995, I became a member of the Lithuanian Christian Democratic Party (known as HU-LCD since 2008). In 1996 and 2000, I participated in the elections to the Parliament (Seimas) of Lithuania. The first time I tried my luck in the election to the European Parliament was in 2009. To this day, I am still a member of Kaunas Deputy Club.

In 1990–1993, I was Deputy Editor-in-Chief of Kauno Laikas. My publications were also printed in Kauno Aidas, Lietuvos Aidas, Tėvynės Sargas, Apžvalga, Savivaldybių Žinios, Veidas etc. Just like chemistry, journalism has followed me ever since my school days, when my first publication was printed. After the independence of Lithuania was restored, people started coming into journalism who did not necessarily have an education in the field but had plenty of ideas and a fresh perspective on what was happening. This encouraged me to test the waters as well. The journalistic experience also benefited me recently, when I became a co-producer and the central figure of Šiandien Prieš 100 Metų, a series of documentary essays by the Lithuanian national TV channel LRT Televizija, in 2018. That same year I also published two belles-lettres books. I am a founding member of the Lithuanian Society of Journalists.

In 1993–1998, I was a press officer and the head of the Press Centre at Kaunas City Municipality.

From 1997 until 2019, I worked and taught lectures at Vytautas Magnus University, at the Faculty of Political Science and Diplomacy. In 1999, I completed courses for EU lecturers based on the TRANSFORM program. I was granted the position of associate professor in 2000 and completed the habilitation in the field of management and administration in 2007. Another year later, in 2008, I became a professor of VMU.

On 29 March 2017, I found a historical document in the Political Archive of Germany’s Federal Foreign Office: the Resolution on the Restoration of the Independent State of Lithuania of 16 February 1918. This brought profound changes to my life. But, perhaps most importantly, this discovery of a document proving Lithuania’s statehood on the eve of its 100th anniversary strengthened both the national consciousness and the civic values of Lithuania. This document itself is indeed very significant, but the content it holds, and the idea of a free and democratic state in particular, carries even greater meaning. The values of the Act of the 16th of February remain relevant today. Perhaps unsurprisingly, then, I decided to try my hand at politics once again. With my academic experience in mind, the policies of the European Union have remained the closest to my heart.

In 2017, I was awarded the first Lithuania Progress Award.

In 2017, on the eve of 6 July, which marks the Coronation of King Mindaugas, I received the Order for Merits to Lithuania – Commander’s Cross from the President Dalia Grybauskaitė.

In January 2018, I was awarded the Stasys Lozoraitis Journalism Prize.

In 2018, during the celebrations of the Lithuanian State Restoration Day, the Centennial of Statehood, and the birthday of Vytautas Magnus University, I was bestowed with the title of VMU Honorary Professor of the Humanities.

In 2018, during the commemoration of the 11th of March, the community of the Institute of International Relations and Political Science of Vilnius University presented me with the title of The Creator of the State of 2017.

In 2018, on the occasion of the centennial of the restoration of the state of Lithuania, I was declared the Honorary Citizen of Kaunas City.

In addition to all the work and other activities, I am also a collector of vintage postcards, stamps, and envelopes, as well as a member of the Union of Lithuanian Philatelists. Moreover, I am a loyal supporter of the Kaunas Žalgiris basketball team. Most importantly, though, I am a proud grandfather of two wonderful grandchildren.

Statement of LT EPP delegation in European Parliament Few days ago Belarus lost another young soul, a fighter for a free Belarus, artist and former... 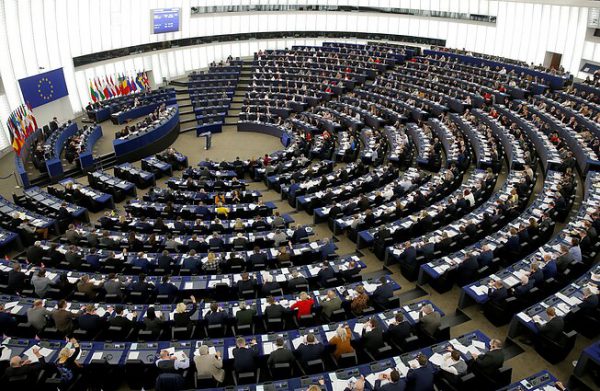 Lithuania is sending six newcomers to the European Parliament following the 2019 election. Many of them, however, will be joining the other five, established delegates.