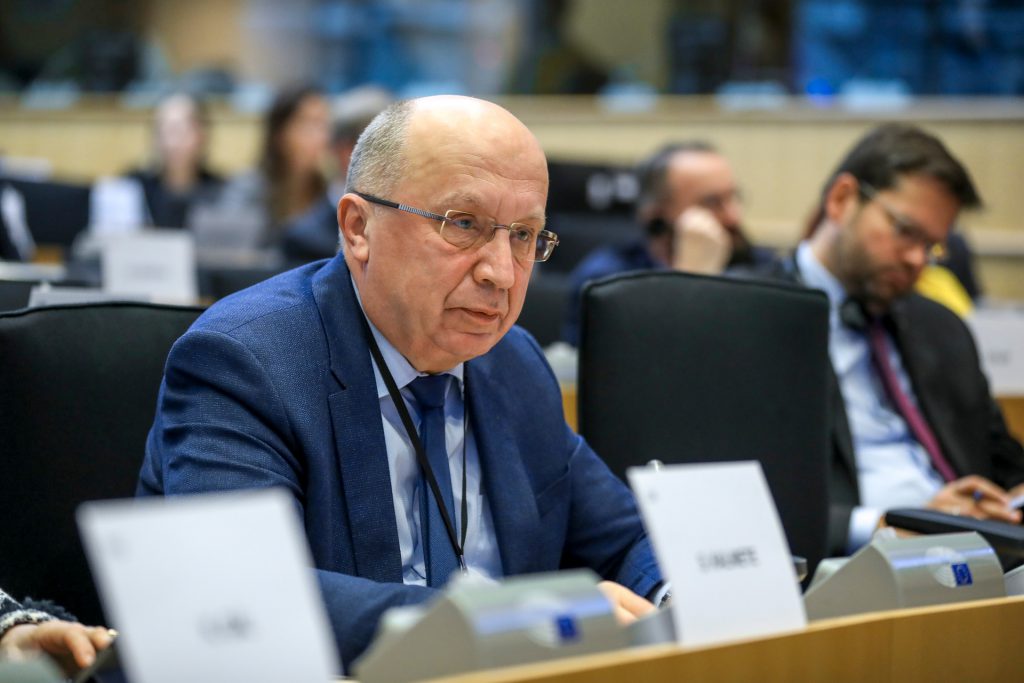 A. Kubilius: Alexander Lukashenko’s signatures on Vladimir Putin’s documents may become verdict for himself

Alexander Lukashenko is seeking to hold the post of Belarusian leader for yet another term in office at any cost. There seems to be a rush to confirm certain documents with his legal signature. According to MEP Andrius KUBILIUS (EPP, LT), it is realistic that the signature that may be put by Lukashenko in the near future will be a verdict for himself, as he will become too toxic to Vladimir Putin and will need to be replaced. Russia is now the only open supporter of Lukashenko.

This can be seen from the meetings of ministers of foreign affairs and defence last week as well as the arrival of the Russian prime minister to meet Lukashenko in Minsk. On Monday, Lukashenko himself is going to Sochi, where Putin is waiting for him. Will this meeting determine the fate of Belarus? This is the question for Brussels-based KUBILIUS, who has recently become a standing rapporteur on Russia. “Svetlana Tsikhanouskaya has made it clear that Lukashenko, having lost the elections, has neither political nor moral mandate to trade Belarus’ sovereignty which belongs to the people, and any of his signatures or agreements will not be recognised as legitimate after the final victory of democracy in Belarus wins. On Tuesday or Wednesday next week, there will be important debates in the European Parliament (EP) on Belarus, and I think that the EP will also say that such agreements have no power and will not be recognised,” Lrt.lt quotes KUBILIUS.