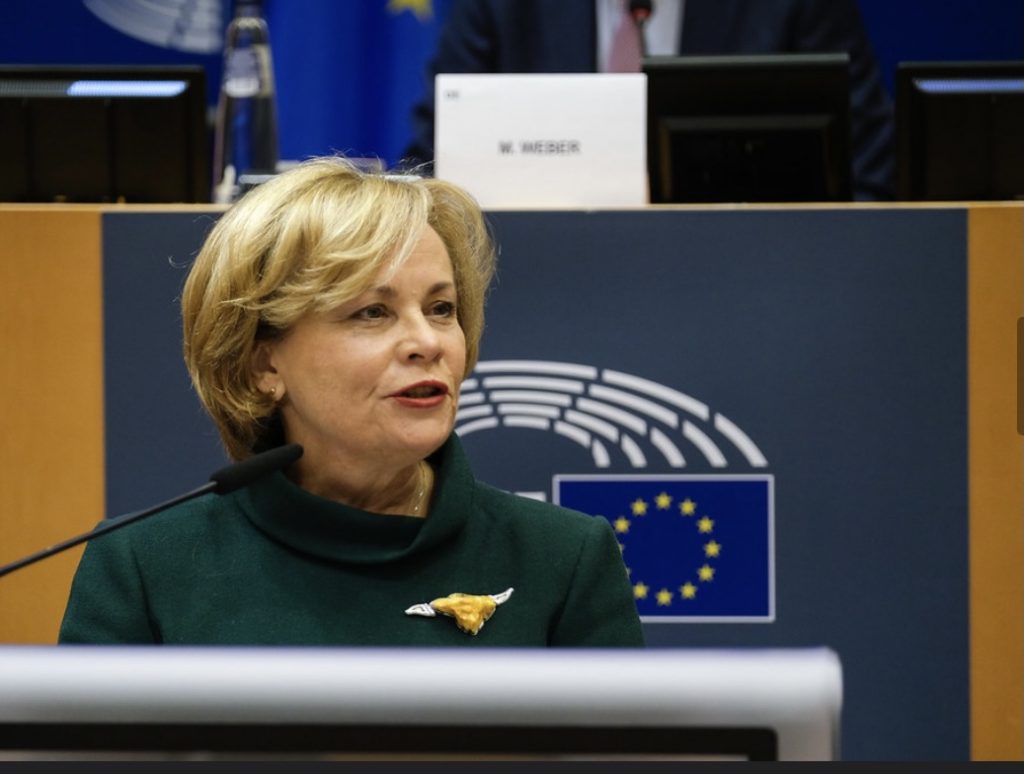 MEPs support R. Juknevičienė’s initiative to call for recognition of the Soviet mass repressions as a crime against humanity

More than 80 Members of European Parliament from various political groups have signed an appeal, initiated by MEP Rasa Juknevičienė, to commemorate the 30th anniversary of the dissolution of the Soviet Union and the 80th anniversary of the Soviet deportations from the occupied Central and Eastern European countries. Among the signatories to the appeal are EP vice-president Roberta Metsola, the chair of the EPP group Manfred Weber and other members of European Parliament.

MEP R. Juknevičienė notes that this comprehensive document proposes to evaluate the historical events that took place in the former Soviet Union, as the international community has never morally and legally evaluated and condemned the mass deportations and the atrocities of Gulag system of the Soviets.

„One of the reasons behind Russia’s aggression is that it sees the past crimes of its leaders as glorious and glorifies them. As long as Russia does not evaluate its own history, it will continue to be so aggressive and will try to redraw the map of Europe,“ the MEP said.

The document, which reviews the Soviet mass repression on the territory of the former USSR, notes that the Soviet deportations, the entire Gulag system and the crimes of the communist regime in Europe must be condemned and remembered because they reflect the importance of the EU’s fundamental values and the position taken by the European Parliament in its resolutions that such crimes must not be allowed to happen again and must not be repeated.

The document also stresses that „historical revisionism, revival of the Stalin cult and glorification of the Soviet regime are promoted by the Russian authorities; whereas historical disinformation is actively spread by the Russian government in the EU and its neighbourhood as well as within Russia to polarize the societies and to justify Russia’s aggression and territorial ambitions towards formerly Soviet-occupied territories.“

The number of Gulag prisoners is estimated at between 15 and 18 million, of whom at least 1.5 million have perished.

The document also notes that the Russian authorities have demanded the closure of the Memorial Centre for Human Rights and the International Memorial, which were founded 30 years ago by Nobel Peace Prize laureate Andrei Sakharov, and which carried out historical research into mass deportations, the Gulags and other crimes of the Soviet regime, as well as human rights advocacy and ongoing support for Russian political prisoners.

The appeal also calls for 27 May to be designated as the European Day of the Victims of the Gulag, as it is the date of the largest prisoner uprising in the Gorlag camp in Norilsk in 1953.

The document stresses that the Russian Federation refuses to disclose the burial sites of victims of mass Soviet repressions and continues to deny access to the Soviet-era archives.

It also condemns totalitarianism in all its forms and its crimes, and pays tribute to the victims of Nazi tyranny, in particular the victims of the Holocaust.

EU Member States are also called to include the history and analysis of the totalitarian regimes of Nazism and Communism in school curricula, and recommends the inclusion of the history of Soviet deportations and the Gulags.

Support is expressed for remembrance initiatives such as the memorial to the victims of totalitarian regimes proposed by the European Platform for Memory and Conscience in Brussels.

It also proposes the creation of a European Museum of the Victims of Communism, and a stronger reflection of the history of mass deportations and the Gulags in a permanent exhibition at the European History House.

This document has been sent to the Presidents of the European Parliament, European Commission, European Council, the Slovenian Presidency of the EU, and the Permanent Representations of the EU Member States in Brussels.

The full text if the document: