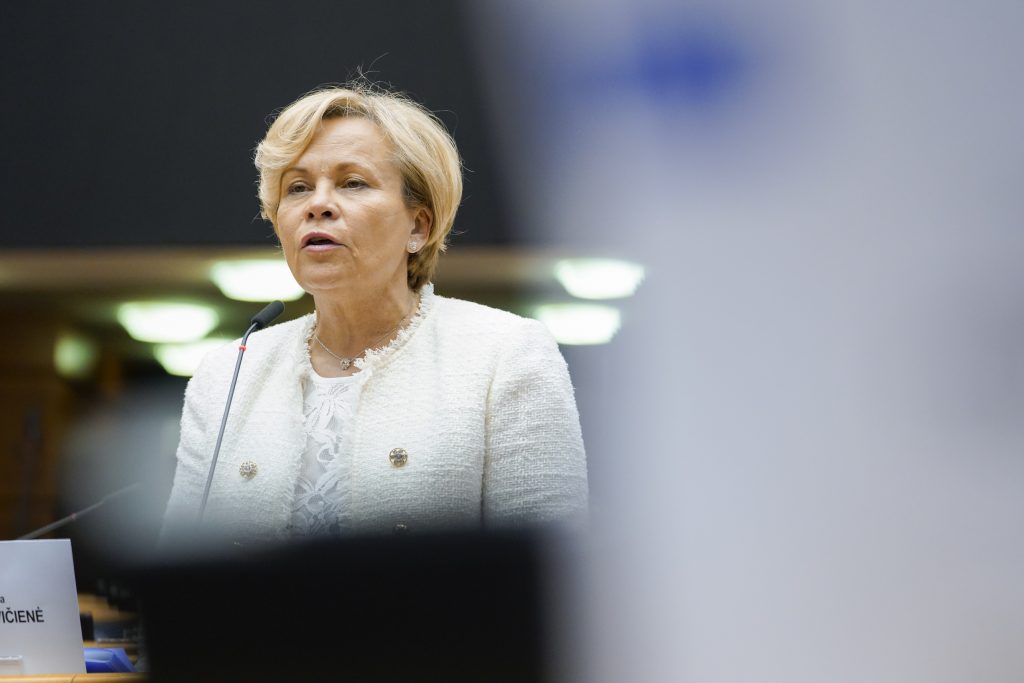 R. Juknevičienė: “Europe Must be Ready to Counter Disinformation and Prevent Distortion of Historical Facts”

The two politicians discussed the resiliency of Europe to disinformation, especially distortion of historical facts for the purpose of misleading and pitting the European societies against one another. The politicians focused on the resolutions adopted by the Parliament and discussed the implementation of the measures foreseen in the resolution on the importance of European Remembrance for the future of Europe of September 19, 2019. According to the parliament member, distortion of historical facts should be assessed as a part of hybrid attacks and a threat to the common European values based on historical memory and solidarity. This discussion is closely related to the European Democracy Action Plan prepared by the European Commission and the Digital Services Act Package.

EC Vice President V. Jurova presented the framework of the upcoming European Democracy Action Plan and the Digital Services Act Package. She noted that some of the goals were to define the concept of disinformation, foresee certain measures for prevention of disinformation, and protect the election systems and independent mass media. She also encouraged all the EP members, civic-minded society, scholarly society and IT, specialist, to work together for the common goal. The Digital Services Act Package prepared by the EU will increase the possibilities to recognize terrorism, radical extremism and other illegal content and will ensure higher responsibility of social platforms for the published content. The EC are responsibly looking for the most suitable definitions to differentiate between disinformation and inaccurate information and outside influence.

According to R. Juknevičienė, Coordinator of the European Remembrance Group, history is often used by hostile non-democratic neighboring countries as a hybrid weapon to spread discord and increase tension among the EU member states. External forces use local operators, social networks and mass media to interfere with the lives of democratic countries. “We have to be vigilant and expectant of such challenges so that we can develop the proper measures to strengthen the immunity of Europe to such attacks,” said the EP Member. It was back in 2009 that the European Parliament first spoke of the necessity to strengthen the common European historical memory and adopted the resolution on European conscience and totalitarianism. The EP took the next step by adopting the resolution on the importance of European remembrance for the future of Europe on September 19, 2019. This EP resolution has been viewed in a very negative light by the Kremlin. The EP Member noted, “I am sure that EU member states would have experienced even more threats and disinformation attacks as revenge for the adoption of the said resolution, if not for the emergency situation due to Covid-19 pandemic which required focusing on its management.”

The EP resolution of 2019 gives specific offers for the member states and the Commission, e.g. to develop resilience of the European citizens to fraudulent information that distorts historical facts via society education by including analysis of totalitarian regimes into education programs. The resolution also offers to celebrate both August 23 as the European Day of Remembrance for Victims of Stalinism and Nazism and May 25 as the International Day of Heroes Who Fought against Totalitarian Regimes. May 25 would be associated with the day that Witold Pilecki, who volunteered to be embedded in Auschwitz concentration camp, was executed in communist Poland. The resolution proposes to support historical remembrance projects and to strengthen the Europe for Citizens program. The document highlights intolerance to propagation of hatred, violence and glorification of all totalitarian regimes in public spaces and social platforms. “A year has passed since the adoption of the resolution and we must now speak of the implementation of its proposals. The main question is how to jointly strengthen the resiliency of Europe to disinformation, which is a part of hybrid threats endangering our common values and European solidarity,” said the EP Member. V. Jurova, who has her own personal experiences of living under a totalitarian regime, keeps a strict policy of never interpreting historical facts as one might seem fit: be it the Second World War, the Molotov–Ribbentrop Pact or the Holocaust.

The Vice President of the EC also confirmed that the financing of the historical remembrance projects has the backing of the EC in terms of the new EU budget. EP Members from various fractions took part in the discussion, to name a few: Lithuanian representatives Andrius Kubilius and Juozas Olekas, Sandra Kalnietė and Dace Melbarde from Latvia, Włodzimierz Cimoszewicz from Poland, and Parliament Members from Germany, Czech Republic, Hungary and Spain.